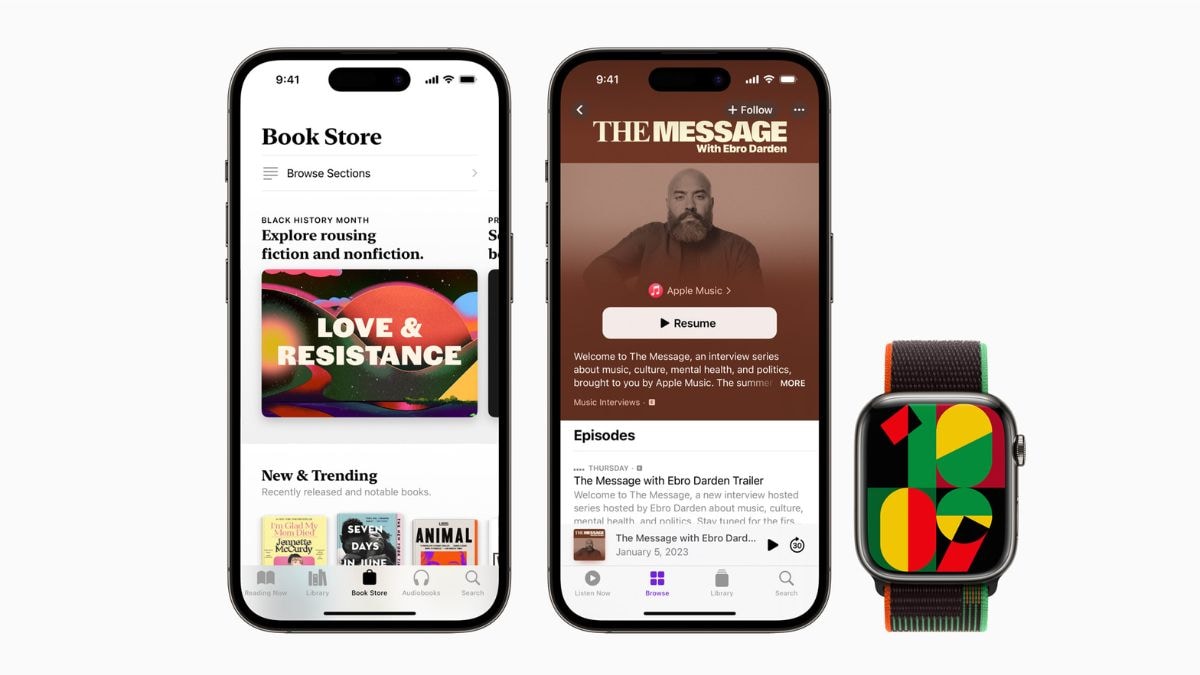 Apple has all but confirmed the release date for its iOS 16.3 update. The latest iOS version 16.3 should become available to iPhone users starting next week. The dates were hinted at in a press release by Apple announcing their celebrations for Black History Month in February. The inclusivity initiatives include a new Unity-themed wallpaper and watch face for iPhone and Apple Watch models, respectively. The company’s press release notes that the Unity-themed aesthetics require iPhones running on iOS 16.3 and Apple Watches running on watchOS 9.3, hinting that iOS 16.3 and watchOS 9.3 updates could be available by next week.

According to the press release by the Cupertino, California-based tech giant, Apple will celebrate ‘Black History Month’ in February through a host of initiatives that include exclusive content and curated launches centred around Black culture and community. Apple has released a special-edition Apple Watch Black Unity Sport Loop, coupled with a matching wallpaper for iPhones, and a watch face for Apple Watches. The initiative will also spotlight the Black community on the App Store, Apple Music, Apple TV app, Apple Fitness+, Apple News, Apple Podcasts, Apple Books, and Apple Maps.

In order for the Unity-themed aesthetics to be accessed users need to update their iPhones to iOS 16.3 and Apple Watches to watchOS 9.3, the press release confirmed. However, these OS versions are currently still in Beta. Yet, Apple seems to be confirming that fully stable versions of iOS 16.3 and watchOS 9.3 will be available to users by next week.

iOS 16.3 is also set to introduce Security Keys for Apple ID, which will allow users to use a physical hardware security key as part of a two-factor authentication process to secure their Apple ID. The latest OS for iPhones will also change the way Emergency SOS works, with the device waiting until SOS buttons are released even after the countdown to call emergency services. iOS 16.3 is also expected to include a guide on how to use the Handoff feature for HomePod owners. The feature allows users to transfer music from iPhone to HomePods easily.

The latest iOS update is expected to include minimal changes and new features. It is important to note that, Apple has not provided an exact date for the release of the stable iOS 16.3, or watchOS 9.3, as yet.

Apple launched the iPad Pro (2022) and the iPad (2022) alongside the new Apple TV this week. We discuss the company’s latest products, along with our review of the iPhone 14 Pro on Orbital, the Gadgets 360 podcast. Orbital is available on Spotify, Gaana, JioSaavn, Google Podcasts, Apple Podcasts, Amazon Music and wherever you get your podcasts.
Affiliate links may be automatically generated – see our ethics statement for details.
This article was originally published by Gadgets360.com. Read the original article here.