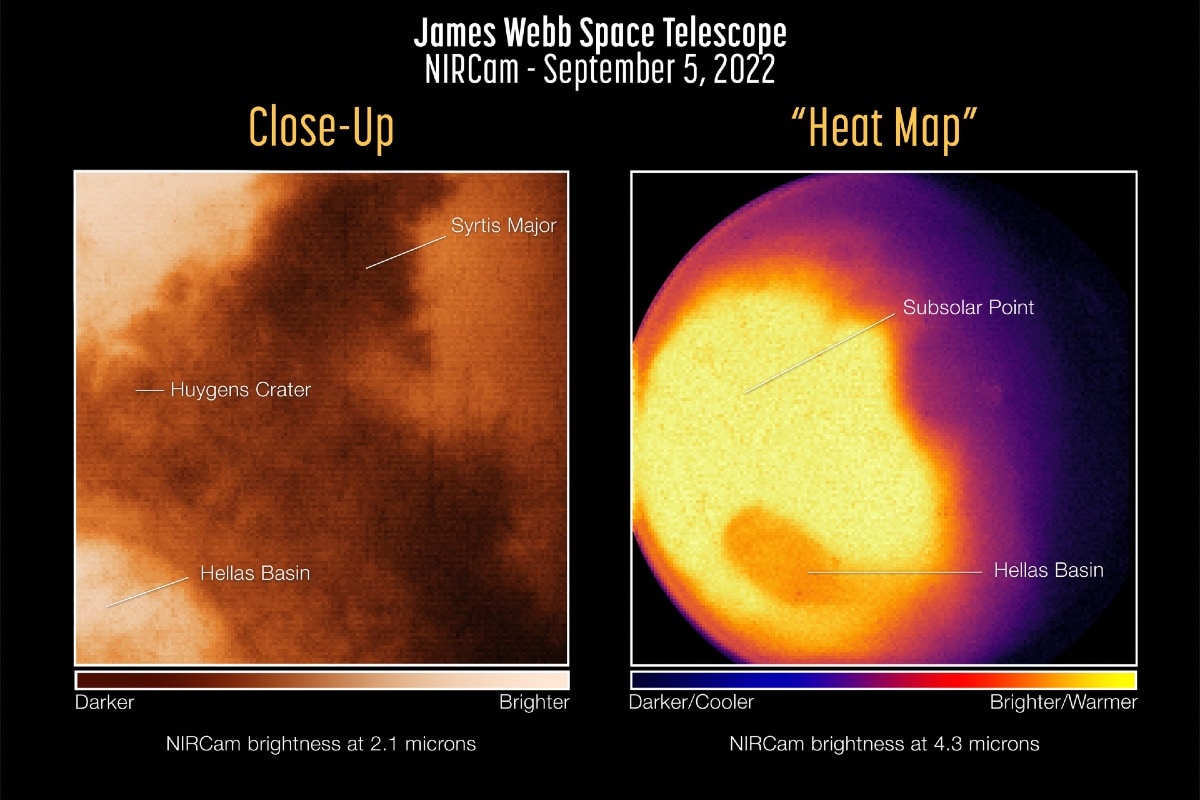 NASA’s James Webb Space Telescope, known for capturing some incredible images of the universe, has presented us with new pictures of our neighbouring planet, Mars. The telescope captured its first images and spectra of Mars on September 5. The James Webb Space Telescope, an international collaboration between NASA, ESA (European Space Agency) and CSA (Canadian Space Agency), was launched in December 2021. Last month, the telescope gave us a detailed view of the Jupiter, showcasing auroras and rings surrounding the planet.

In an official blog today, NASA shared the news showcasing the Webb Telescope‘s first images of the red planet. According to NASA‘s tweet on the telescope’s official Twitter handle, one of the close-up images gives details about the Huygens Crater, dark volcanic Syrtis Major and Hellas Basin.

Webb’s first images of Mars are captured by the Near-Infrared Camera (NIRCam). These images show a region of the planet’s eastern hemisphere at two different wavelengths or colours of infrared light.

According to NASA, the Mars team will use this imaging and spectroscopic data to explore regional differences across the planet in the future. They will also look out for traces of different gases in the planet’s atmosphere.