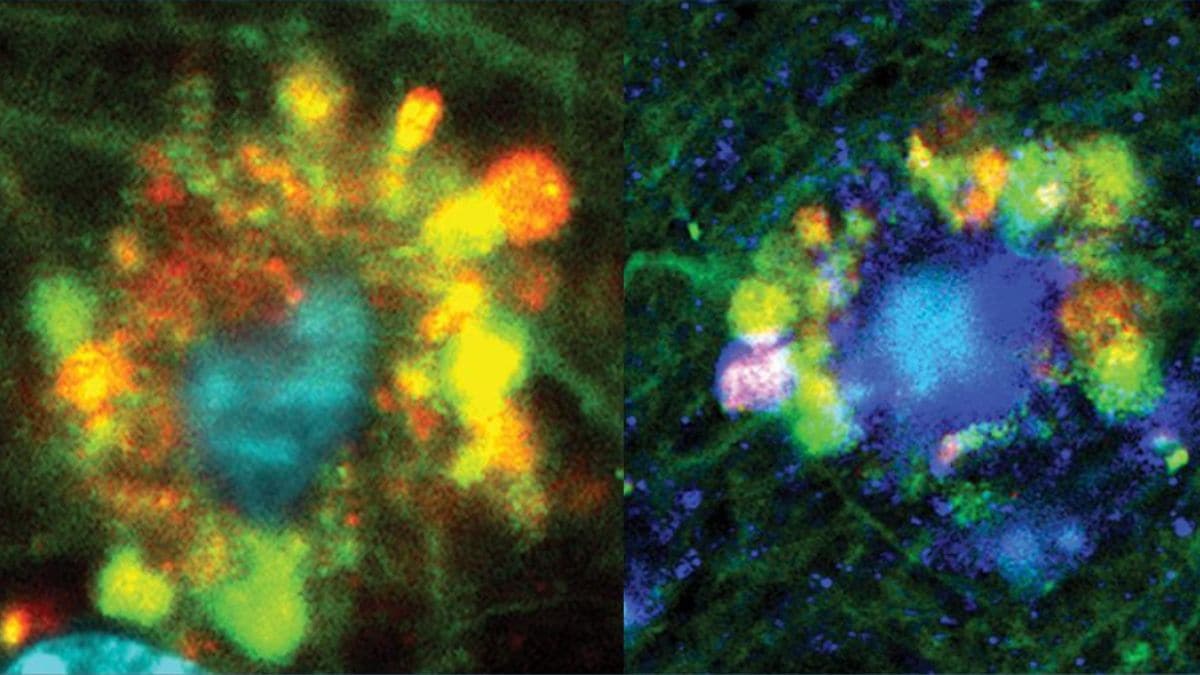 Alzheimer’s disease has long been a challenge for scientists to figure out its causes. But a new study has offered some hope. The study, conducted on mice, suggests that “poisonous flowers” bulging with the cellular debris could be the main cause of this disease. The study challenges the long-standing idea that the build-up of a protein called amyloid-beta between neurons could be the root cause of the start of Alzheimer’s disease. Instead, it suggests that the damage to neurons could begin inside cells well before amyloid plaques fully form and clump together in the brain.

Alzheimer’s disease is a neurodegenerative condition that causes the brain to shrink and brain cells to die over time. It’s the most prevalent cause of dementia, which is characterised by a steady decrease in a person’s intellectual, behavioural, and social skills that impairs their capacity to operate independently. The researchers expect that their discoveries will lead to new options for treating the condition.

The study has been led by neuroscientist Ju-Hyun Lee of New York University (NYU) Langone. Previously, the working hypothesis ascribed most of the damage seen in Alzheimer’s disease to what happened after amyloid build-up outside of brain cells, rather than before and from within neurons said Lee.

While one study in mice is unlikely to be detrimental to dent the existing theories about how Alzheimer’s disease changes the brain, the research adds to other similar studies that have suggested that amyloid plaques are actually not the early trigger for the disease.

This new evidence changes the researchers’ fundamental understanding of how Alzheimer’s disease progresses, said study senior investigator Ralph A. Nixon, MD, PhD. Nixon added that it also explained why so many experimental therapies designed to remove amyloid plaques have failed to stop disease progression because the brain cells are already crippled before the plaques fully form outside the cell.

The findings suggest that neurons holding these “poisonous flowers” could be the primary source of lethal amyloid plaques, according to the researchers. While the findings are encouraging, much more research is required to determine the exact cause of Alzheimer’s disease.