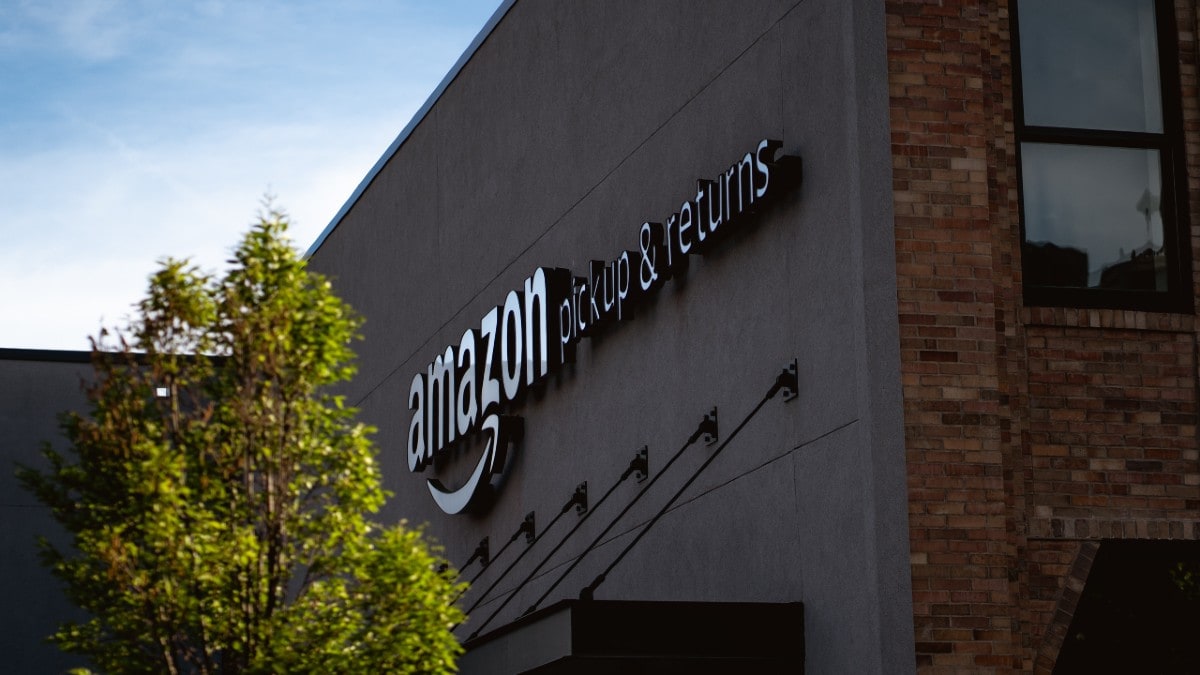 Global and Indian firms are flexing their industrial muscle to help the world’s second biggest population battle coronavirus, coming to the rescue of a public health system buckling under the weight of surging infections and deaths.

Amazon, Intel, and Google, as well as Indian firms Tata Sons, Reliance, and JSW Steel have pitched in with everything from airlifts of medical equipment and funding pledges to making medical oxygen.

“What we need is better planning with the recognition that government’s capacity is limited and therefore requires private participation,” said economist Madhura Swaminathan of the Indian Statistical Institute in Bengaluru.

Hospitals struggling with a massive second wave of infections are turning away patients as beds and oxygen supplies run out, and social media brim with desperate calls for help in finding supplies of oxygen and drugs such as Remdesivir.

A record increase in deaths over the prior 24 hours carried India’s toll past 200,000 on Wednesday, a situation that experts blame on lack of oxygen supplies and infrastructure challenges. 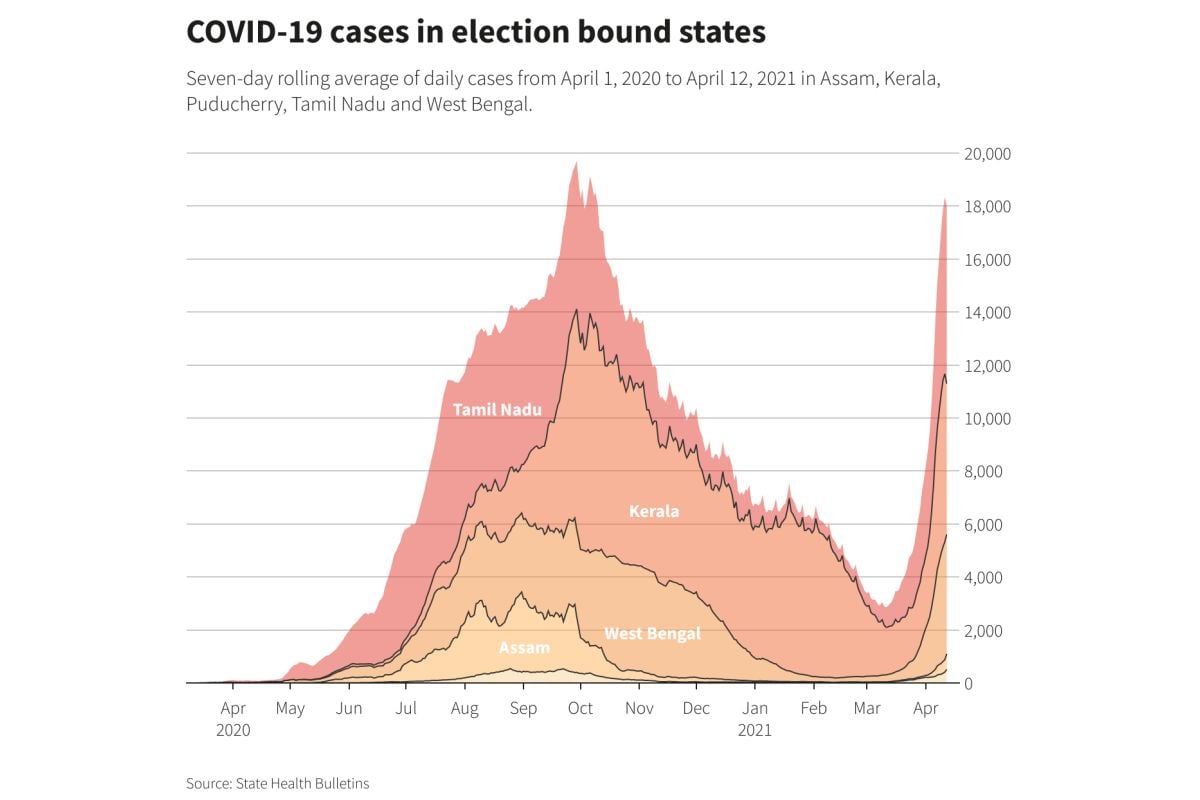 On Tuesday, Amazon said it would ship 100 ICU ventilator units to India from the United States.

It had earlier worked with partners to airlift more than 8,000 oxygen concentrators and 500 ventilators from Singapore, relying on its massive global logistics network to hasten procurement, a spokeswoman said.

India’s largest steel maker by market value, JSW, has stopped making some of the construction raw material as it diverts resources to turning out liquid oxygen instead.

From April 21 to 23, JSW supplied 898 tonnes of oxygen each day from its plants, equivalent to about 13 percent of the combined daily demand for 6,785 tonnes of the life-saving gas in India’s 20 worst-hit states. 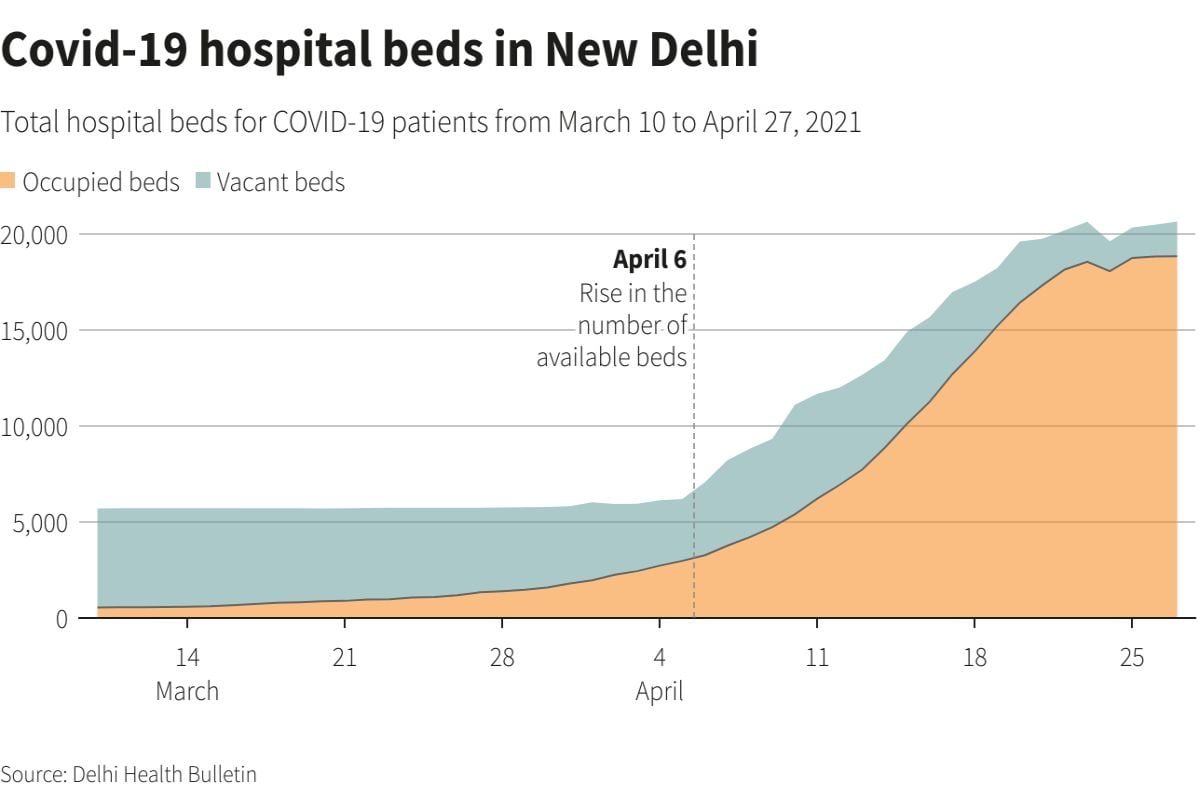 JSW said it was building large COVID patient centres around its plants, so that they can be serviced via a pipeline.

Billionaire Mukesh Ambani’s Reliance Industries tweaked manufacturing at its oil refineries to produce hundreds of tonnes of oxygen for hard-hit areas such as Maharashtra, India’s richest and worst-hit state.

“The government single-handedly cannot deal with this crisis any more, it is very important that the corporate sector gets into motion,” said Kunal Kundu, India economist at Societe Generale in Bengaluru.

“We need all the help we can get.”

Economist Swaminathan called for the scope of private sector contribution to be widened beyond the merely voluntary.

“Anybody who has surplus funds and equipment should step in to help,” she added. “In terms of logistics, beds, oxygen, hospitals, the private sector has to be asked to do its task as part of policy.”