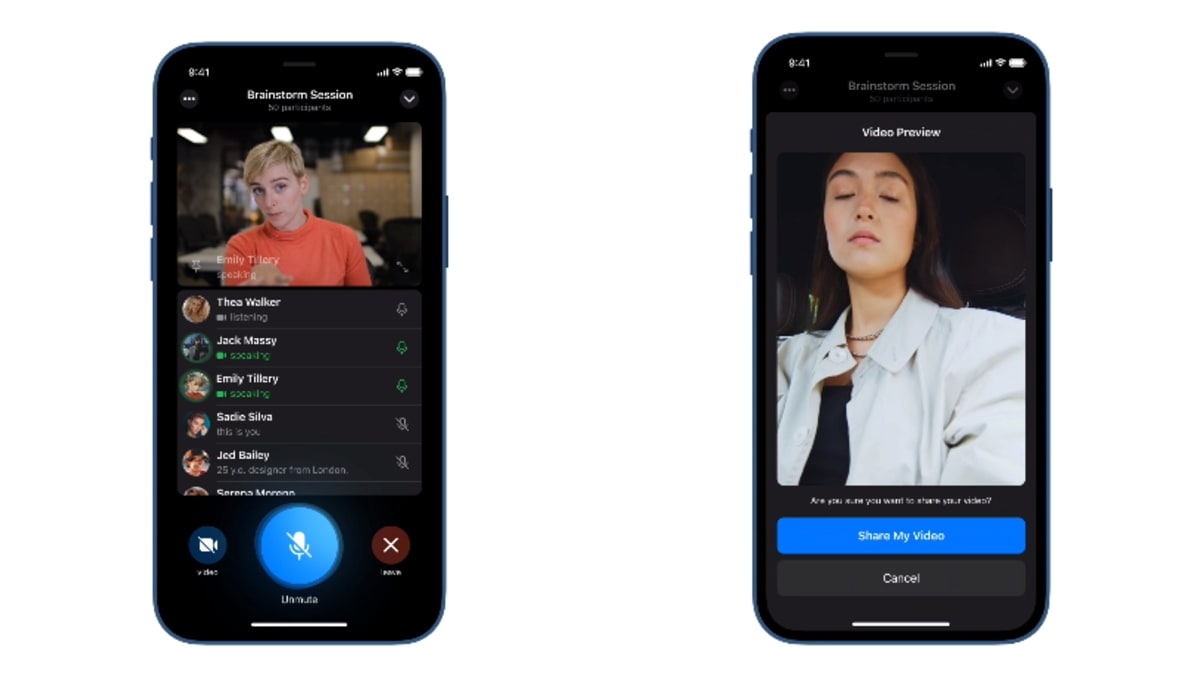 Telegram voice chat feature will soon get video support that will essentially pit the instant messaging app against the likes of Microsoft Teams, Zoom, and Google Meet. The app’s founder and CEO Pavel Durov shared a message on his Telegram channel in which he said that the new functionality will be added in May, and it will make Telegram a powerful platform for group video calls. The development follows a bunch of announcements that were made earlier this week. The instant messaging app has got features like Payments 2.0, scheduled voice chats, and mini profiles for voice chats, among others.

In the post shared on his Telegram channel, Durov says that the app will also get group calls, screen sharing, encryption, noise cancellation, desktop and tablet support – “everything you can expect from a modern video conferencing tool, but with Telegram-level UI, speed and encryption.” He also shared a short video clip which gives a sneak peek into the upcoming features.

The video shows that there is a large area that displays the video feed of the person who is currently speaking. There is also a list of active participants with a mic button beside each of their profiles. The person who is speaking is denoted by a small animation around the profile image of that person. At the bottom of the screen, there are three control buttons to mute, turn on/off the camera, and leave the voice chat session. Furthermore, the UI gets a little tweak when the phone’s orientation is changed to Landscape.

As mentioned, Telegram brought a bunch of new features to the messaging app. These features include Payments 2.0, scheduled voice chats and mini profiles for voice chats, two new Telegram Web apps, update to Android UI, and improvements to the photos and video viewer within the app. The company also said that the updated app will not be immediately available on the Google Play store, however, iOS users can update the app through the App Store.