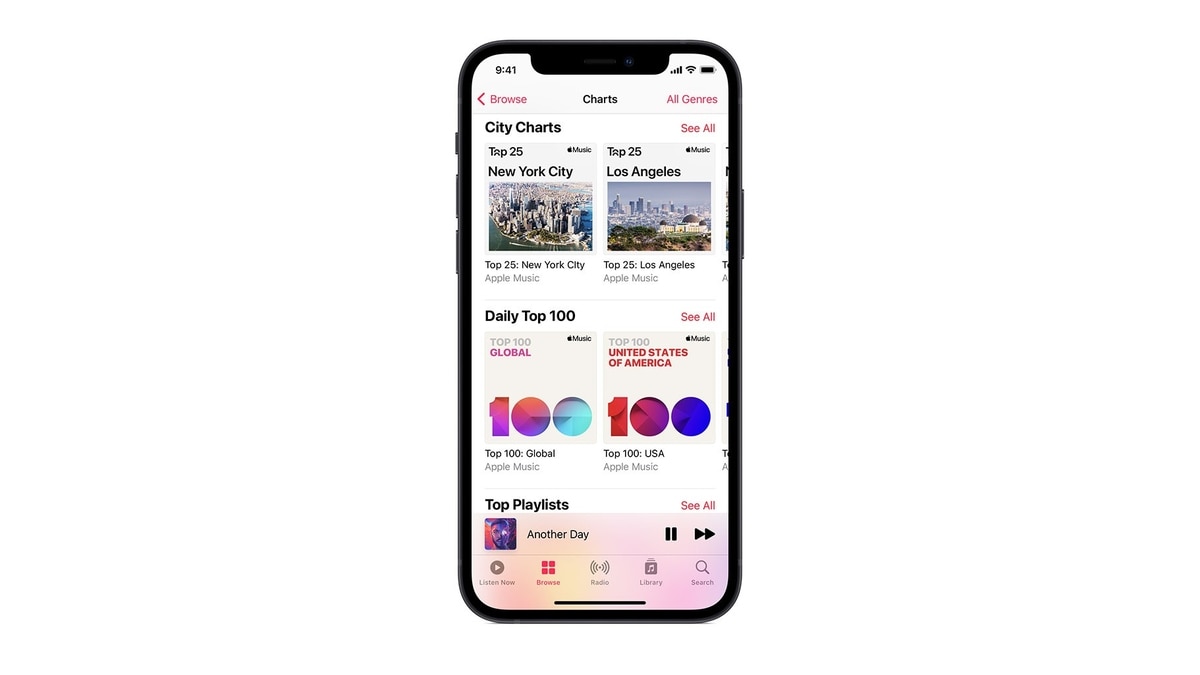 Apple Music is launching a set of playlists, dubbed City Charts, that lists top 25 songs from more than 100 cities around the world. The list of cities also includes Bengaluru, Delhi, and Mumbai. The playlists are available to Apple Music subscribers and can be found under the Browse section of the app on iPhone, iPad, and Mac devices. Users who haven’t subscribed to Apple Music can still browse the playlists on Apple Music player for the Web. This new feature is bundled with the iOS 14.5 update that was released on April 27.

Apple also says that the playlists are being updated on a daily basis. If you haven’t subscribed to Apple Music, you can still view the playlists on its website. Apple Music is also introducing record label searches and pages allowing users to find and track songs and albums from specific record labels. Alongside, it has also added a lyric-sharing feature that allows users to share specific parts of the song through iMessage, Facebook, and Instagram stories.