Apple has released iOS 14.5, iPadOS 14.5, macOS Big Sur 11.3, watchOS 7.4, and tvOS 14.5 as the series of new software updates for its devices. Although all these new updates bring a list of features to offer advancements to compatible Apple devices, the most notable and prominent in the series is iOS 14.5. The latest iOS update brings the ability to unlock your iPhone using an Apple Watch while wearing a face mask. The update also carries the option to let users decide whether they want Siri to speak in a female voice or a male one when the phone is first set up. The iOS 14.5 and iPadOS 14.5 also introduce the anticipated — the controversial — App Tracking Transparency that lets users control which apps should be allowed to track their activity across other apps and websites for offering personalised ads and sharing data with third parties.

One of the much-awaited features that iOS 14.5 carries is the ability to use your Apple Watch to unlock your iPhone when wearing a face mask. This is an advancement that has come almost a year after Apple brought a faster passcode prompt to ease unlocking of a Face ID-equipped iPhone while wearing a face mask. Users just need to glance at their iPhone, with the Apple Watch on their wrist, unlocked, and in close proximity to the iPhone. A haptic feedback will arrive on the Apple Watch, indicating unlocking of their iPhone.

The new feature essentially disables Face ID on the iPhone X and later models when they detect the user is wearing a face mask and has a compatible Apple Watch on their wrist. 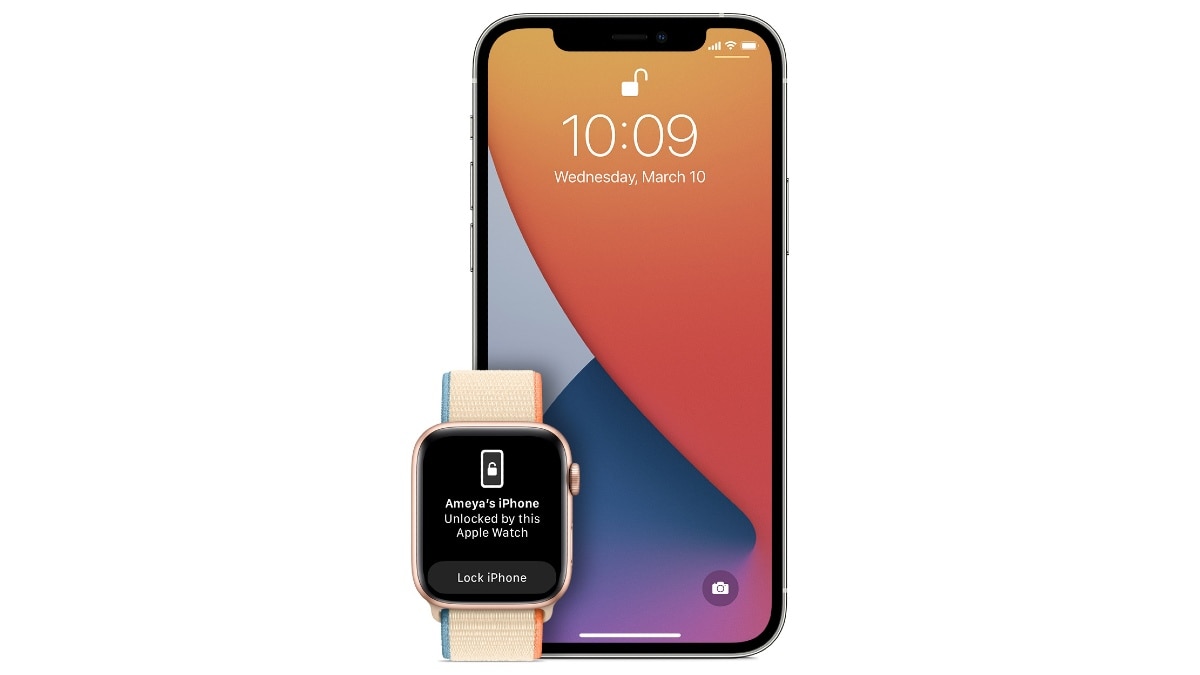 Apple has made certain requirements that are mandatory to get the new experience. You need an Apple Watch Series 3 or a later model with watchOS 7.4. The Apple Watch should also be paired with your iPhone and both your Apple Watch and iPhone need to have Wi-Fi and Bluetooth on. You also need to have a passcode on your Apple Watch, and wrist detection must be turned on. Last but not the least is the requirement of wearing the mask — which is also essential to protect yourself against the coronavirus spread.

If unlocking with the Apple Watch isn’t something that you find interesting, iOS 14.5 brings Siri enhancements, including the option to choose the voice that speaks to you when you first set up your device. You can select whether you want a female or a male voice to speak with.

Siri has also got the capability to support Group FaceTime. This means that you can now ask Siri to make a FaceTime call to any of your groups in Messages. The voice assistant has also been updated with the option to announce incoming calls through AirPods or compatible Beats headphones and call an emergency contact if the iPhone user needs assistance but is unable to make a call physically.

The iOS 14.5 update also brings App Tracking Transparency (ATT) that Apple announced last year and faced some hindrances ahead of its introduction. The feature prompts users for a permission through a pop-up message when an app requires tracking of their data for advertising across apps or websites owned by other companies. It also prompts when an app shares data with data brokers.

You will have the ability to disallow app companies from tracking your activity across other companies’ apps and websites by tapping the Ask App Not to Track on the pop-up message you will get across most of the apps after installing iOS 14.5. You can also apply the new privacy setting universally across all your apps by going to Settings > Privacy Tracking and turning off Allow Apps to Request to Track. 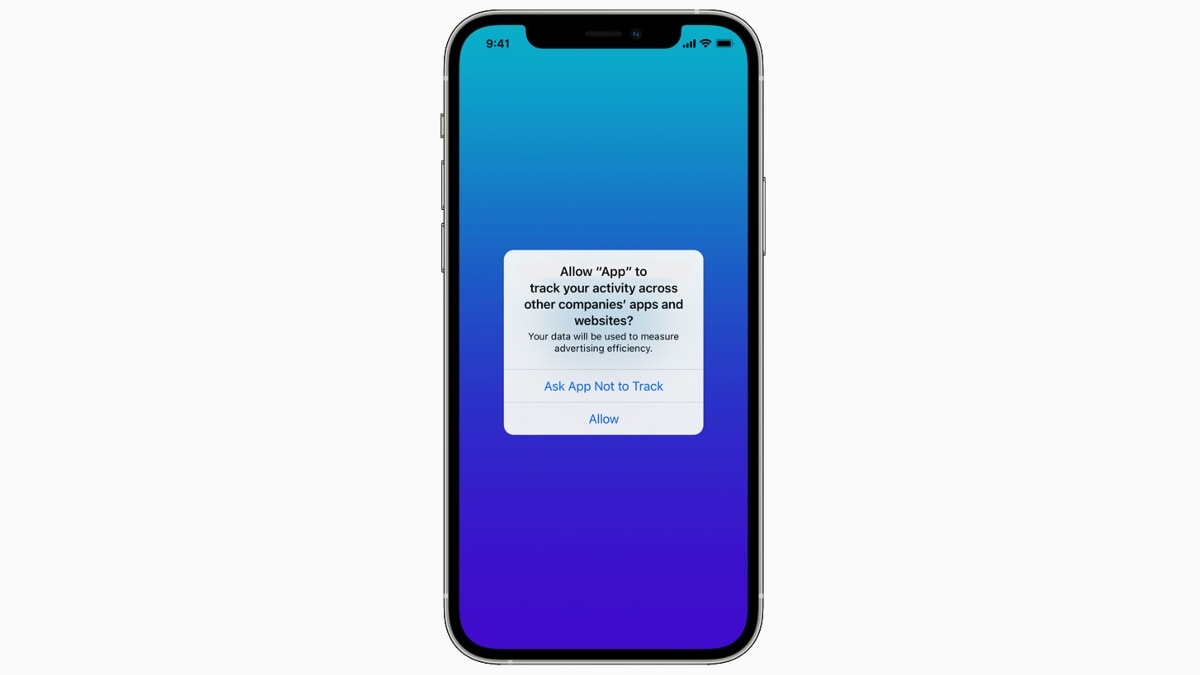 The iOS 14.5 update also carries new emoji characters, including face exhaling, face with spiral eyes, face in clouds, hearts on fire, mending heart, and woman with a beard. There are also updated couple kissing emoji and couple with heart emoji along with new skin tones. The latest update also allows users to report incidents such as an accident, hazard, or a speed camera in Apple Maps. This is, however, initially limited to users in the US and Canada.

Additionally, iOS 14.5 brings support for AirTag and includes redesigned Podcasts that both Apple introduced last week. There is also a redesigned News+ tab in the Apple News to let users easily find, download, and manage their magazine and newspaper issues. Apple Fitness+ users have also got the ability to stream audio and video to AirPlay 2-supported TVs and devices. Further, Reminders on iOS 14.5 brings the option to sort by title, priority, due date, or creation date. Users can also print their reminder lists.

Apple Music on the iOS 14.5 also gets an update with the option to let users share their favourite lyrics using Messages, Facebook, and Instagram Stories. Subscribers to the service can also play the snippet shared with them in Messages without leaving their conversation. Further, you’ll get city charts showing what’s popular in over 100 cities from around the world.

The iOS 14.5 update also carries dual-SIM support for 5G connectivity on the iPhone 12 models. You’ll also get Smart Data Mode enhancements on your iPhone 12-series handset. Furthermore, Apple has brought a comprehensive navigation to Voice Control to better assist people using Accessibility on their devices. It is also expanding English support to Australia and Canada and adding support for Spanish in Mexico, Spain, and the US.

Just like any previous iOS updates, the latest version also includes bug fixes for a list of issues that you can read from the Apple support page. You can also check for the security fixes that are available through the iOS update by going through the dedicated security page on the Apple site.

Apple has also brought iPadOS 14.5 with most of the same features that are available to the iPhone users through iOS 14.5. This means that you’ll get the updated Siri, App Tracking Transparency, new and updated emoji, refreshed Podcasts, and enhanced Reminders, among others. There is also AirTag support.

Mac users have received macOS Big Sur 11.3 that brings advancements to how iPhone and iPad apps work on the devices with M1 chip. These include the option to change an iPhone or iPad app’s window size and support for the highest resolution version of an iPhone or iPad app in full screen. Keyboard support has also been provided for the iPhone and iPad games designed to use device tilt. Similarly, there is keyboard, mouse, and trackpad support for the iPhone and iPad games that support game controllers. Apple has also brought Xbox Series X|S Wireless Controller and Sony PS5 DualSense Wireless Controller support.

Safari on macOS Big Sur 11.3 also comes with an update that lets users customise their Start Page section order. There is also support for WebM and Vorbis video and audio format.

Mac devices that have an M1 chip have received hibernation support through Big Sur 11.3. The About This Mac setting has also been updated to display Apple warranty status and AppleCare+ coverage in the Service tab when signed in with Apple ID. Users will also get Support for purchasing and enrolling in AppleCare+ for eligible Mac computers from About This Mac.

Apple has also offered fixes for a handful of known issues that you can read from the support page. There are also security fixes that are available through macOS Big Sur 11.3. These are listed on the Apple site. Moreover, the latest macOS update brings support for AirTag and includes new emoji updates and diverse voice options for Siri as well as offers the newest Apple Music, Podcasts, News, and Reminders versions that are available to the iPhone and iPad users.

Apple Watch users have got watchOS 7.4 with the ability to unlock the iPhone X and later models. The update also includes the option to classify Bluetooth device type in Settings for correct identification of headphones for audio notifications. Further, it lets users stream audio and video content from Apple Fitness+ workouts to AirPlay 2-enabled TVs and devices.

The watchOS 7.4 update also brings support for the EGC app along with the ability to provide irregular heart rhythm notifications on Apple Watch Series 4 and later in Australia and Vietnam. Additionally, Apple has included some security fixes in watchOS 7.4 that are detailed on its support page.

The one major change that tvOS 14.5 brings to Apple TV users is the ability to measure television’s colour balance and make required adjustments directly using an iPhone. This feature works with the iPhone X and later models running iOS 14.5 or later and is compatible with Apple TV 4K (1st generation) and newer versions. You need to enable the colour balance feature by going to Settings > Video and Audio > Calibration from your Apple TV to use your iPhone for balancing colours on your television screen.

The new tvOS update also brings an updated Siri with the option to type through your voice using the onscreen keyboard, iPhone, iPad, or a Bluetooth keyboard. This will help you find new movies and launch apps using your voice. It can be turned on by going to Settings > Accessibility. Siri has also got German support in Austria and English in Ireland and New Zealand.

Additionally, tvOS 14.5 brings support for the latest PlayStation DualSense and Xbox Wireless controllers. The home screen on the latest tvOS update also gets the option to automatically remove apps that aren’t in regular use. This helps to save your data to some extent. You can enable the new home screen feature by going to Settings > Apps.

You can look at the security fixes available through tvOS 14.5 by going through the Apple support page.

The macOS Big Sur 11.3 is compatible with all MacBook, iMac, Mac mini, and other Mac computers that work with the original Big Sur update. Although macOS updates reach eligible models automatically, you can check for the latest update manually as well — by going to System Preferences > Software Update after clicking on the Apple menu icon from the top-left corner of your computer’s screen. You can alternatively find the update by visiting the About This Mac setting from the Apple menu.

If you own an Apple Watch that’s running on watchOS 7 or newer version, you can download watchOS 7.4 by going to the My Watch tab from the Watch app connected on your Apple device. You can also download the latest update directly through your Apple Watch.

You can download tvOS 14.5 on your Apple TV by going to Settings > System > Software Update. The update will also reach your device automatically if you’ve enabled automatic updates.