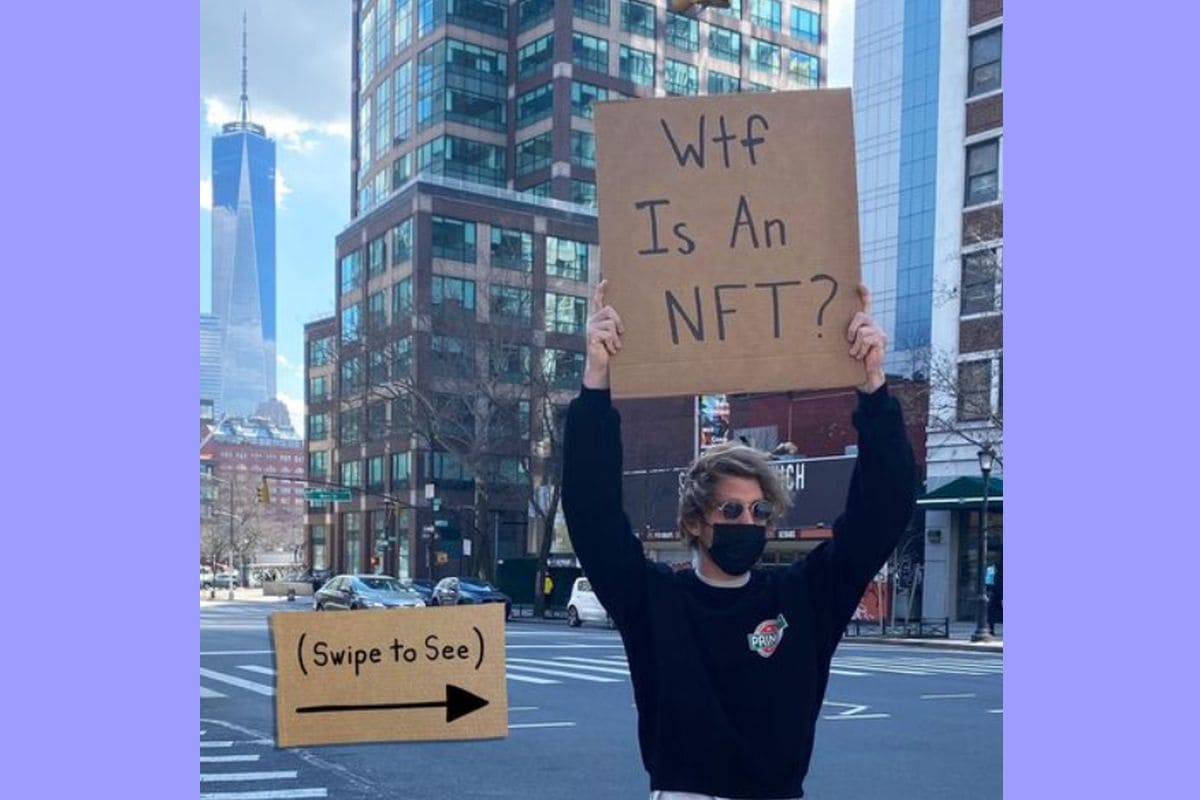 A man standing with a placard, protesting against relatable issues. Sounds familiar? He also just offers suggestions on basic etiquette sometimes like “Stop standing up when the plane lands”. Seth Phillips is that man on busy and sometimes not-so-busy streets, eliciting smiles from passers-by. His unique Instagram account (@Dudewithsign) that has photos of the him standing with these funny, relatable placards about annoying day-to-day problems has piqued the attention of many users online. And Seth, who now has over 7.5 million followers on Instagram, is ready to make the most of his digital assets —him posing with his placards — by turning them into his very own collection of NFTs (non-fungible tokens).

Here’s how it dawned upon him. “So I was actually going to post this sign a month ago when everyone was talking about NFTs and really knew nothing about it but I had a lightbulb moment to actually make it an NFT once I learned a little more about it.”

How did Seth get on to the NFT bandwagon?

Seth writes that a month ago everyone was discussing NFT while he had no idea about it. This was around the same time when Beeple, a digital artist, sold a jpeg file — a digital image — for $69 million (roughly Rs. 501 crores), through a first-of-its-kind auction via Christie’s auction house.

So, Seth decided that he would stand with a placard that read: “WTF is an NFT?” and convert it into an NFT and launch a full NFT collection thereafter.

His first collection includes a badge, with the first 157 signs. Another one has an opportunity to accompany Seth with a sign or a placard. The collection also includes the original picture which, had Seth not thought about launching his NFTs, would have gone inline.

What is an NFT?

NFTs, or non-fungible tokens, are digital assets that a person can buy or sell. They do not have any tangible form of their own. They can be anything from collectible sports cards to digital sneakers. No two NFTs are identical. This makes the creation and circulation of fake NFTs difficult. And because no two NFTs are identical, they cannot be directly exchanged with one another like cryptocurrencies. When people buy NFTs, they get certificates secured with blockchain technology. Though it’s still a relatively new trend in the blockchain world, it’s gaining momentum rapidly. Videos, in-game items in video games, and even a tweet have been auctioned as NFTs. Twitter CEO Jack Dorsey’s first tweet sold as an NFT fetched him $2.9 million (roughly Rs. 20 crore).