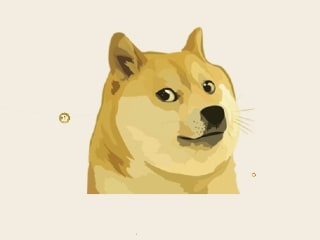 Meme-based cryptocurrency Dogecoin fell on Tuesday after hitting an all-time high in a wild session that saw supporters of the token once considered a parody use hashtags to fuel a rally until it lost steam.

By comparison, the wildly popular Bitcoin has a market cap of more than $1 trillion (roughly Rs. 75,46,990 crores).

Dogecoin fans used the hashtags #DogeDay and #DogeDay420 to post memes, messages, and videos on Twitter, Reddit, and TikTok, referring to the informal April 20 holiday to celebrate cannabis which is marked by smoke-ins and street parties.

An 8,000 percent price increase this year has seen Dogecoin, launched as a satirical critique of 2013’s cryptocurrency frenzy, overtake more widely-used cryptocurrencies like Litecoin and briefly Tether, to become the sixth-largest coin.

“The current retail fervor probably won’t completely give up on Dogecoin,” said Edward Moya, senior market analyst at online FX trading platform OANDA, but he did anticipate the “sell the event reaction” for the cryptocurrency.

Dogecoin’s logo features a Shiba Inu dog at the centre of the meme. It can be traded on crypto exchanges and more popular mainstream trading apps.

“The Doge rally represents an interesting convergence,” said Diana Biggs, CEO of crypto start-up Valour, after Dogecoin’s price soared by more than five-fold in the last week to a record $0.42 (roughly Rs.30), according to CoinMarketCap.

“A meme coin created as a joke for early crypto adopters whose community found that kind of thing to be fun, with now a new generation of retail investors for whom memes are a native language,” Biggs added.

Dogecoin’s rise came during a surge in online trading of stocks and crypto by retail investors, stuck at home with extra cash because of the COVID-19 pandemic. The coin has not seen much growth in usage for payments or in commerce.

A boom in usage of online trading apps like Robinhood also fueled the social-media driven rally in GameStop stock this year, which pitted retail investors against hedge funds.

“It’s an extension of the same phenomenon that has led Tesla stock to be valued well beyond fundamentals and more recently to the GME (GameStop) short squeeze,” said Ajit Tripathi, head of institutional business at decentralised finance startup Aave.

Like other cryptocurrencies, Dogecoin’s price is heavily influenced by social media users including Tesla chief Elon Musk, whose tweets on the cryptocurrency in February sent its price soaring over 60 percent.

Dogecoin currently has a 16.7 percent implied probability to be worth more than $1 (roughly Rs. 75) at the end of 2021, according to betting aggregators US-Bookies.com, a significant improvement from earlier this month, when it had just a 2.9 percent chance to do so.