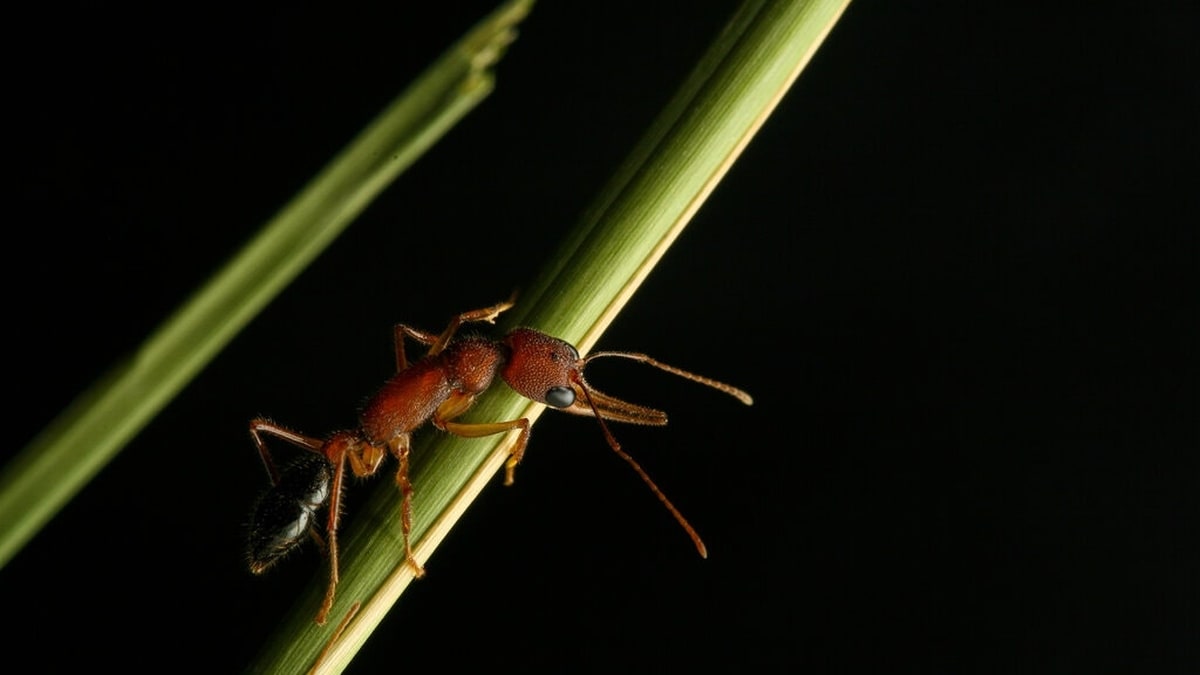 Despite being the most evolved species, there are some things we humans simply cannot do. Like, change the size of our brain. Over the years, it was found that certain members of the animal kingdom possess the ability to increase their brain size. And now, a new study has revealed that Indian jumping ants can also do so. What makes them distinct is the fact that these ants cannot just increase their brain size but also revert it to the previous state at a later time.

According to a study published in the journal Proceedings of the Royal Society B on Wednesday, scientists found that Indian jumping ants can shrink their brains by nearly 20 percent and restore them within weeks. With this, it can become the first insects to exhibit this ability. As per the study, this feature is used by the female members of the species to prepare for reproduction.

The ability is also linked to where the female stands in the colony’s hierarchy. Unlike other ant species, the Indian jumping ants allow female members to contest for the spot of the queen of the colony. Usually, queens are the only ants allowed to reproduce and the male ants facilitate the reproduction. But once the queen dies, more than half of the female worker-class ants of this species engage in a contest to cement their position as the next leader.

According to a New York Times report, over 40 days or so, the females battle it out in a tournament of sorts by “beating one another with their antennae”. The last five or 10 ants standing are allowed to reproduce, which they do with gusto.

The tournament brings out an intense physiological transformation in the reproductive stand-in queen ants, called gamergates. “If you look inside their bodies, you can see the huge transformations that they undergo,” the report quoted Dr. Clint Penick, assistant professor of biology at Kennesaw State University in Georgia and lead author of the new study, as saying.

The study found that the gamergates experienced five-fold enlargement of the ovaries. Along with this, their brains also shrunk roughly 20 percent.

Explaining that, unlike worker ants, gamergates don’t need to engage in cognitive tasks, Dr. Penick said, “Once they win the tournament, they become little more than egg-laying machines.”

Upon isolating them from their colonies, the team found that they had gone back to their original brain size and resumed worker-like behaviour. “It was pretty amazing to see that they were able to completely re-expand their brains to the same size that they were before,” he told The Guardian.