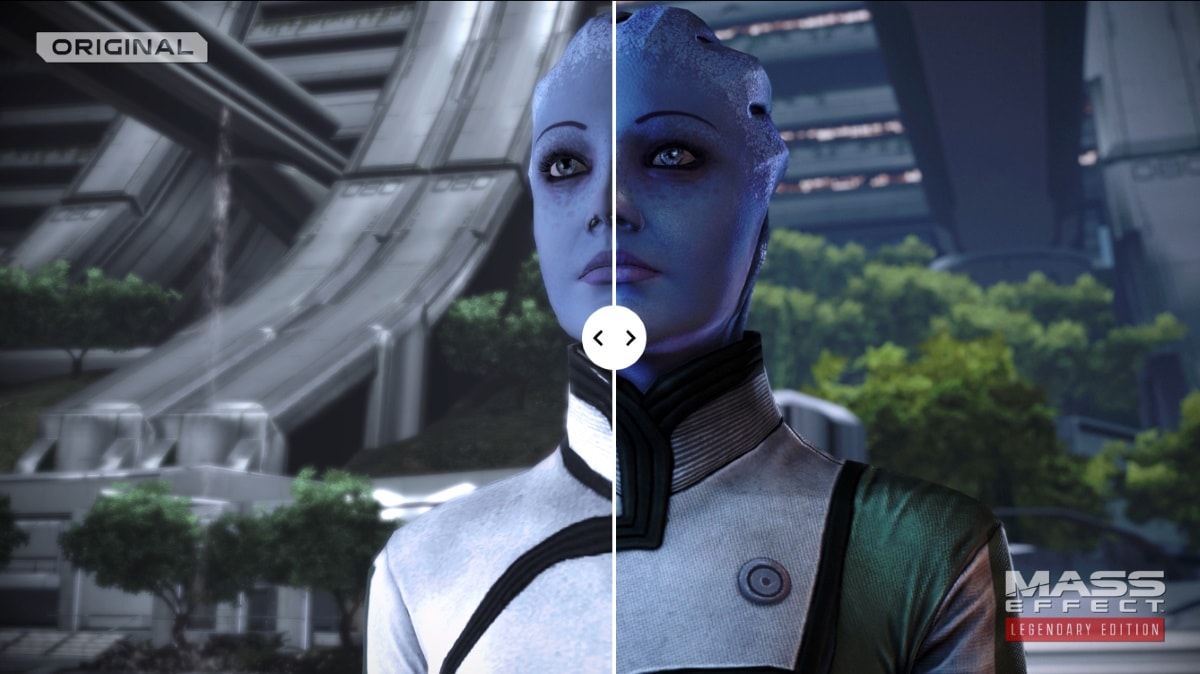 Mass Effect: Legendary Edition has gotten a new comparison trailer with a month to release date, which showcases how the upcoming remastered version improves on the original Mass Effect trilogy of games. It gives us a look at the better character, environmental and visual effects, including beautification passes, skin rendering, enhanced/ remade textures, more detailed 3D models, eye shaders, re-lit cutscenes, and global post-effects such as tone mapping, volumetrics, depth of field, ambient occlusion, and subsurface scattering. If you’d like to get even more technical and in-depth, Mass Effect: Legendary Edition developers BioWare have posted a lengthy blog just for you.

BioWare notes “remastering a single game is a deceivingly complex process, so creating a proper plan for how best to mitigate risk while reopening three games to full development was foremost on our minds.” They had to improve over thirty thousand textures for Mass Effect: Legendary Edition, many of them from 720p or lower to 4K — the standard for the new remaster. Most of it has been done using AI-enabled up-res programs, in conjunction with upgrading Unreal Engine 3 (used on the original Mass Effect trilogy) to a “more updated and unified version”.

The title that needed the most work was naturally the first Mass Effect game, released in 2007 on Xbox 360. Where possible, BioWare brought in improved versions of visual assets used on sequels — Mass Effect 2 and Mass Effect 3 — but they kept an eye on not flattening the sense of passage of time (such as the characters’ aging or getting hit by a rocket in some cases). Or even anachronistic errors such as a change of uniform. BioWare infused realism into old textures by making them react to light in a more convincing manner, extending animations and adding secondary particle effects, or beefing up the trilogy’s iconic horizontal lens flares.

Pre-rendered cutscenes have been re-rendered in 4K for Mass Effect: Legendary Edition wherever possible, with the remaining being through an AI upscale program. The environment artists team added props to “exceptionally barren areas”, remade low-resolution or stretched textures, and smoothed out jagged 3D assets. At this stage, BioWare also began dealing with bugs that arose out of the remastering process. The lighting designers followed next, adding all those aforementioned post-effects and bringing Mass Effect 3 engine features to the first two games.

Finally, BioWare made broad brush improvements to entire worlds. The colony on Feros now has more buildings, more smoke and fire effects, and more damage and debris to reflect the Geth attack. On Noveria, the storm has been intensified. And Eden Prime, the first location in Mass Effect, benefits from the changes incorporated on Mass Effect 3: From Ashes DLC. But BioWare has further improved on it with a golden-hour sun placement, more falling ash, fire and battle damage, and more foliage and destroyed structures.

Mass Effect: Legendary Edition is out May 14 on PC, PS4, and Xbox One. It will also be playable on PS5 and Xbox Series S/X via backward compatibility — with BioWare promising “targeted enhancements” for next-gen consoles. You can pre-order Mass Effect Legendary Edition starting at Rs. 3,999 / $60. EA Play / Xbox Game Pass Ultimate members get 10 percent discount on Origin / Microsoft Store, respectively.