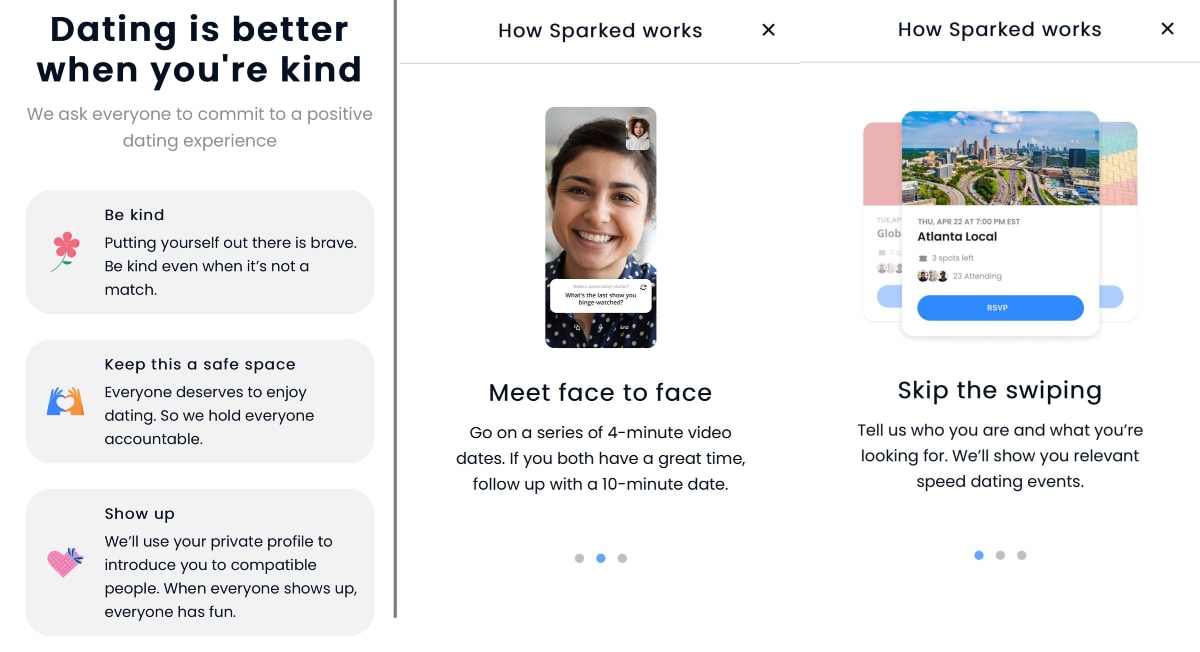 Facebook is reportedly testing a new speed dating app called Sparked. The webpage for Sparked was briefly live, and users needed to register using their Facebook account. It is developed by Facebook’s NPE (New Product Experimentation) team that works on experimental services. The general theme of the Sparked speed dating app is kindness, and during registration the company asks users what makes them a kind dater. The Sparked platform appears to be free to use, and there will be no public profiles either.

The video speed-dating app was spotted by The Verge. The webpage, which was live for a very brief period, described the app as ‘video dating with kind people.’ These speed video dates are said to last for four minutes each, and users will go through a cycle of dates in each event. It is unclear how many video dates one person will go through per event. If these daters connect in the first four minutes, they will be allowed to go on a second video date, which will last for 10 minutes. After that, Sparked will reportedly advice users to exchange contact info to stay in touch outside of the platform.

Sparked promises no public profiles need to be made, no swiping will be required, and no unnecessary or creepy DMs. Sparked is a work in progress, Facebook told The Verge, calling it an ‘early experiment’. Only a small beta test is being conducted right now. While setting up a profile, users reportedly get put on a waitlist, but the sign-up flow asks users what makes them a kind dater. The profile is then ‘reviewed by a human at Sparked’, before people are allowed to participate in speed dating. There are options to date men, women, or non-binary people. Users are also asked if they want to date Trans people.

The publication seemed to have viewed a dating event in Chicago where 47 people had signed up to attend, but there’s no clarity on how these users will attend the event as there’s no app on Google Play or App Store, and the webpage also doesn’t seem to be live anymore.