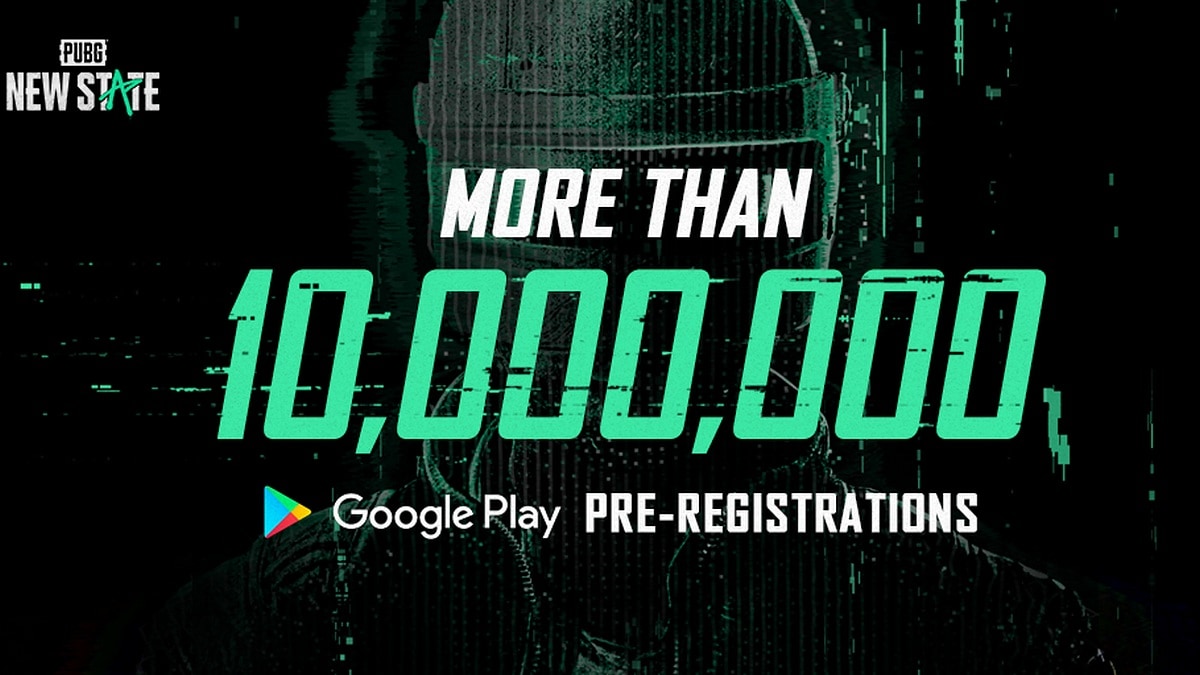 PUBG: New State crossed the 10 million pre-registration mark on Google Play store since it was announced, the game’s official Twitter account shared. The mobile game, believed to be a successor to one of the most popular battle royale games of all time, PUBG Mobile, was announced in February this year and has been available for pre-registration on both Google Play ever since. PUBG: New State pre-registrations have not been made available in India as the company is working on first re-launching PUBG Mobile in the country.

PUBG Mobile ushered in a new era for battle royale titles on mobile platforms. It gathered a massive fan following in the three years that it has been playable (globally). Back in February, the developers shared a first look at a newer version of the game, a successor of sorts, called PUBG: New State and the game has now crossed the 10 million pre-registration mark on Google Play. The developers shared the news through the game’s official Twitter account.

PUBG: New State is set in 2051 and has the familiar battle royale setting but with modern weapons and modern vehicles, as well as some gadgets that will enhance gameplay. The trailer released back in February showed off some of the new mechanics and environments that will be present in PUBG: New State.

PUBG Mobile was banned in India in September last year due to its relationship with Chinese company Tencent and there have been several attempts since then to bring it back.