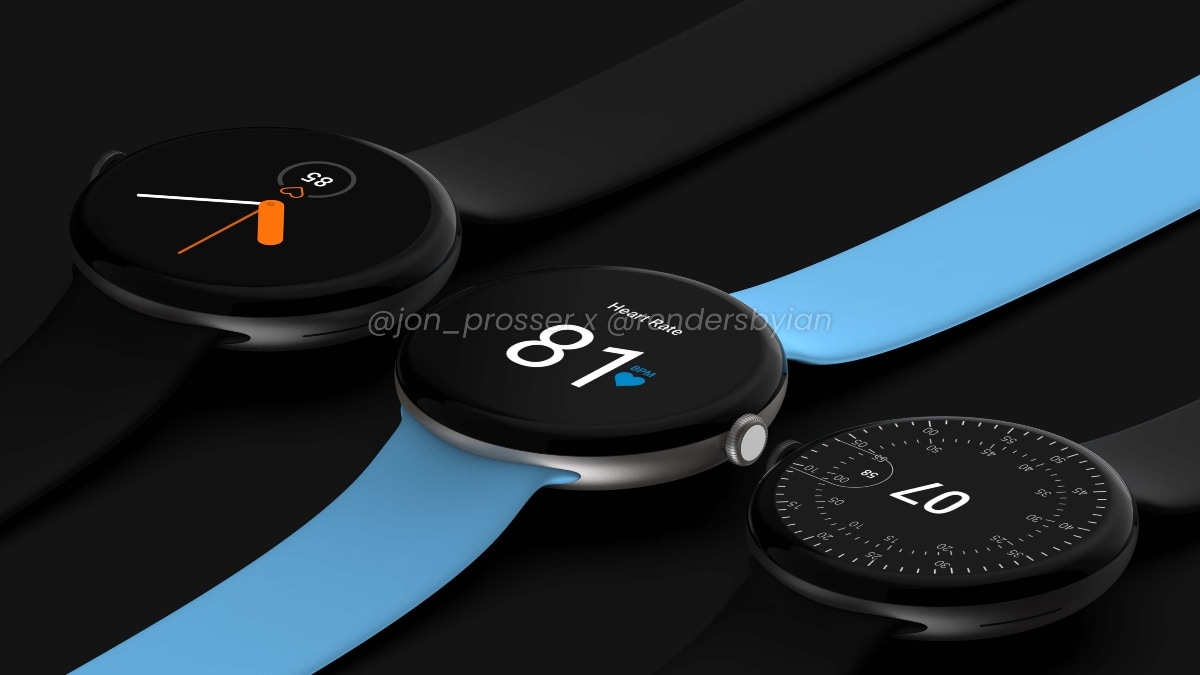 Google Pixel Watch renders have surfaced online. The renders show the rumoured premium smartwatch that could take on Apple Watch Series 6 and Samsung Galaxy Watch 3 from different angles. The renders also show the wearable with multiple band colour options and watch faces. There seem to be no buttons on the smartwatch except a crown located on the right side of the circular dial, as per the renders. The smartwatch has been tipped to launch in October alongside the Pixel 6 smartphone.

As per the renders leaked by tipster Jon Prosser, the Google Pixel Watch has the codename “Rohan”. The smartwatch seems to have taken inspiration from Samsung and Apple offerings by including a wrap-around display and a crown, respectively. The renders show the watch sporting a circular dial with multiple silicone band options, suggesting that Google may allow users to easily swap bands.

As per Prosser, Google will offer around 20 band options with the Pixel Watch, which he says could launch in October, alongside the rumoured Pixel 6 smartphone. In an episode of his YouTube show “Front Page Tech,” the tipster says that the renders are based on marketing material he had seen from a source within Google. He collaborated with Ian Zelbo for the renders. You can watch the video below.

When it comes to specifications, nothing concrete is known yet. It is presumed that the Google Pixel Watch will run Wear OS by Google, the company’s operating system for smartwatches. It may come equipped with a heart rate sensor and multiple sports modes.

Since Google recently closed the deal to buy the fitness wearable company Fitbit, it is possible that the rumoured Google Pixel Smartwatch features advanced health features such as blood oxygen monitoring as well as voice command support.