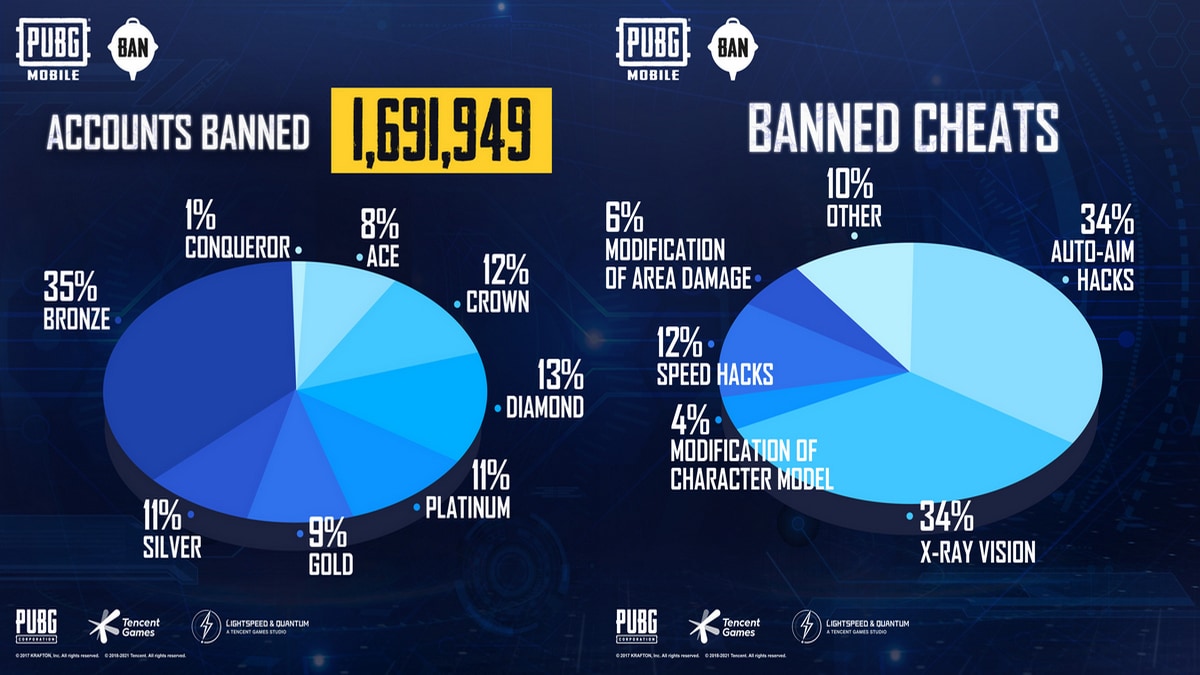 PUBG Mobile has permanently banned over 1.6 million accounts in about five days, the developers have shared on Twitter. The latest Ban Pan anti-cheat report shared by PUBG Mobile shows the different percentages of player in various tiers that were banned and most of them were in Bronze. The tweet from late last week also shares percentages for the different types of cheats and hacks that were being used and most of these were auto-aim hacks that allow players to lock on to enemies.

PUBG Mobile introduced the Ban Pan anti-cheat system late in 2019 to rid the game of hackers and cheaters using certain exploits to get unfair advantage over their opponents. A lot of players have been banned since then and with the latest anti-cheat report, PUBG Mobile shared on Twitter that it banned 1,691,949 accounts from accessing the game permanently. This was done between March 28 and April 1.

In the tweet, PUBG Mobile also shared that out of these over 1.6 million accounts, 35 percent players were in Bronze tier, 13 percent were in Diamond, 12 percent in Crown, 11 percent in Silver and Platinum, 9 percent in Gold, 8 percent in Ace, and the remaining 1 percent in Conqueror.

In the previous round of bans, 1,813,787 accounts were banned from PUBG Mobile for using the same hacks.

PUBG Mobile is still banned in India and though there have been attempts to relaunch it, the fate of the game remains uncertain.