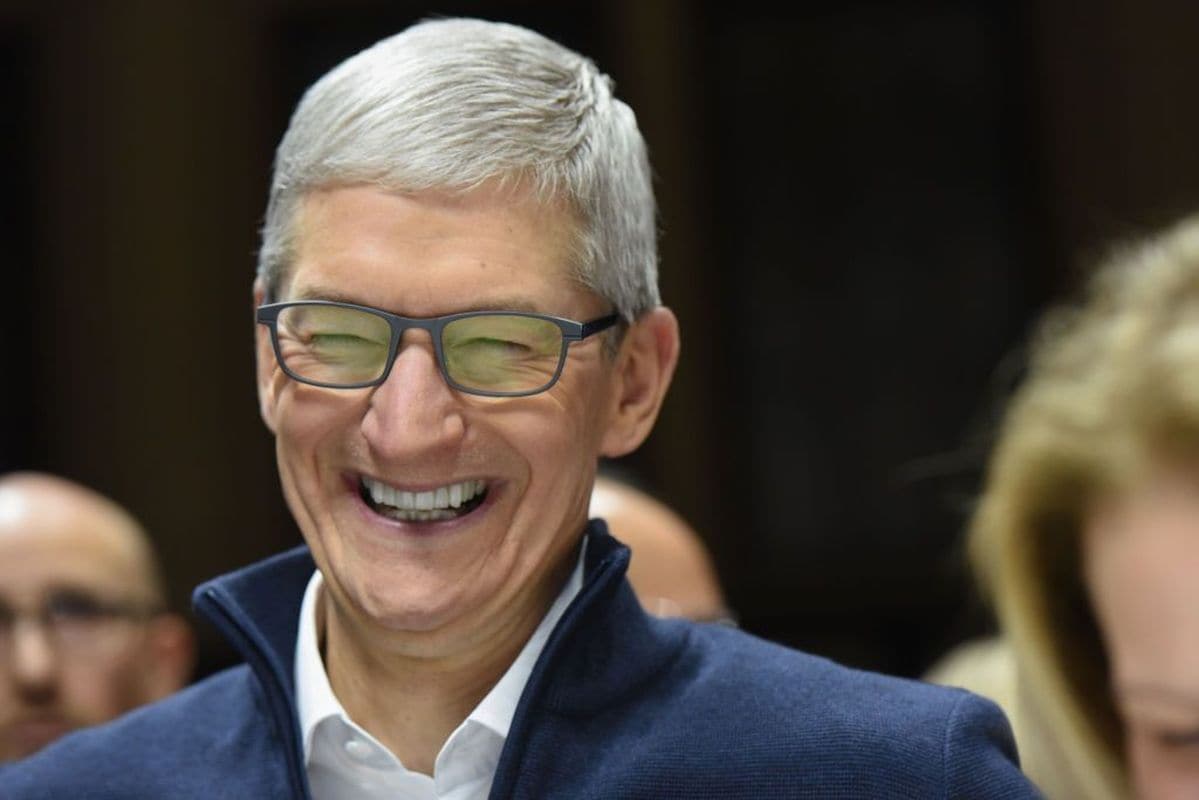 Tim Cook has been with Apple for 23 years and served as its chief executive officer for nearly a decade, but he used a new podcast appearance to suggest that some kind of an eventual change may be on the horizon.

“I feel great right now. And the date’s not in sight,” the 60-year-old told the New York Times “Sway” podcast that was released Monday. “But 10 more years is a long time and probably not 10 more years.”

The interview touched on a wide range of topics including the controversial Parler social media app that was blocked by Apple earlier this year, Apple TV+, and autonomous vehicles. Cook, when asked about Elon Musk’s claim that he once tried to hold talks about the possibility of selling Tesla to Apple, said that he’s never spoken with Musk but that he has “great admiration and respect” for the company he built.

“I think Tesla has done an unbelievable job of not only establishing the lead, but keeping the lead for such a long period of time in the EV space,” Cook said without revealing many clues about what Apple had planned for the sector. “We’ll see what Apple does. We investigate so many things internally. Many of them never see the light of day. I’m not saying that one will not.”

Other topics covered include:

On removing Parler from the App Store:

“In some ways, it was a straightforward decision, because they were not adhering to the guidelines of the App Store. You can’t be inciting violence or allow people to incite violence. You can’t allow hate speech and so forth. And they had moved from moderating to not being able to moderate.”

“I hope that they come back on. Because we work hard to get people on the store, not to keep people off the store. And so, I’m hoping that they put in the moderation that’s required to be on the store and come back, because I think having more social networks out there is better than having less.”

On social media and the attack on the Capitol:

“This was one of the darkest days in our history. And it played out in front of all of us. I felt like it was more of a movie or something, that it was something that was not real, that it couldn’t be happening in the United States of America. And so I’m hopeful that that deep inspection occurs.”

“It’s about living up to the rules and the guidelines of the App Store. And they had done that for years and then had decided evidently that they didn’t want to follow the rules anymore, and had passed something through app review and then after it had been through app review, changed it on the server side. So it was sort of a deceitful move. And so we’re going into court. We’re coming to tell our story. We’re going to talk about the privacy and security aspects of the store. And we’re confident in our case.”

“For the same reason that we’re in products, we’re about making the best, not the most. And so in the TV+ area, we’re about originals only on Apple.”

“We’re putting all of ourselves into it. It is not a hobby. It is not a dip your toe in. Because it’s an original focus, we don’t instantly have a catalog with 500 things in it. We’re going to build over time.”

“I think we’re probably all having the wrong conversation on voting rights. We should be talking about using technology. How can we make it so simple that our voting participation gets to 100? Or it gets really close to 100. Maybe we get in the 90s or something. It’s pretty arcane.”