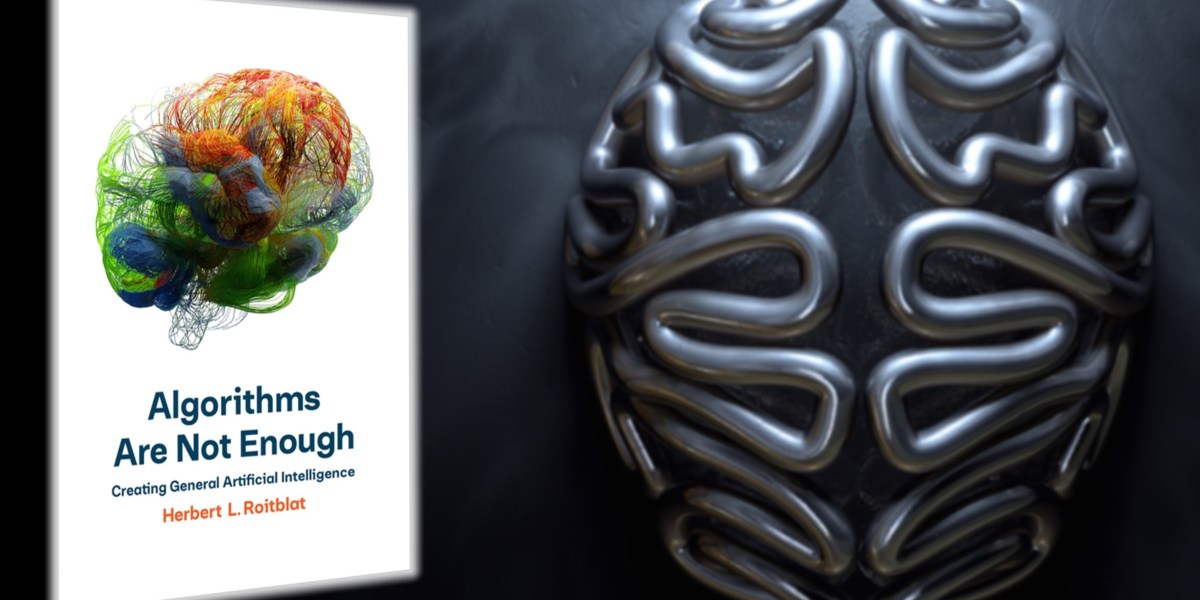 When will we have artificial general intelligence, the kind of AI that can mimic the human mind in all aspect? Experts are divided on the topic, and answers range anywhere between a few decades and never.

But what everyone agrees on is that current AI systems are a far shot from human intelligence. Humans can explore the world, discover unsolved problems, and think about their solutions. Meanwhile, the AI toolbox continues to grow with algorithms that can perform specific tasks but can’t generalize their capabilities beyond their narrow domains. We have programs that can beat world champions at StarCraft but can’t play a slightly different game at amateur level. We have artificial neural networks that can find signs of breast cancer in mammograms but can’t tell the difference between a cat and a dog. And we have complex language models that can spin thousands of seemingly coherent articles per hour but start to break when you ask them simple logical questions about the world.

In short, each of our AI techniques manages to replicate some aspects of what we know about human intelligence. But putting it all together and filling the gaps remains a major challenge. In his book Algorithms Are Not Enough, data scientist Herbert Roitblat provides an in-depth review of different branches of AI and describes why each of them falls short of the dream of creating general intelligence.

The common shortcoming across all AI algorithms is the need for predefined representations, Roitblat asserts. Once we discover a problem and can represent it in a computable way, we can create AI algorithms that can solve it, often more efficiently than ourselves. It is, however, the undiscovered and unrepresentable problems that continue to elude us.

Throughout the history of artificial intelligence, scientists have regularly invented new ways to leverage advances in computers to solve problems in ingenious ways. The earlier decades of AI focused on symbolic systems. 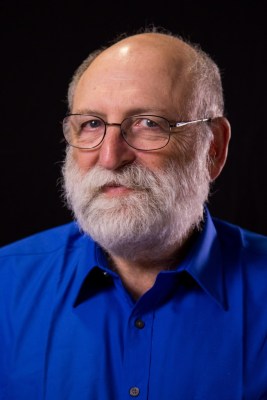 Above: Herbert Roitblat, data scientist and author of Algorithms Are Not Enough.

This branch of AI assumes human thinking is based on the manipulation of symbols, and any system that can compute symbols is intelligent. Symbolic AI requires human developers to meticulously specify the rules, facts, and structures that define the behavior of a computer program. Symbolic systems can perform remarkable feats, such as memorizing information, computing complex mathematical formulas at ultra-fast speeds, and emulating expert decision-making. Popular programming languages and most applications we use every day have their roots in the work that has been done on symbolic AI.

But symbolic AI can only solve problems for which we can provide well-formed, step-by-step solutions. The problem is that most tasks humans and animals perform can’t be represented in clear-cut rules.

“The intellectual tasks, such as chess playing, chemical structure analysis, and calculus are relatively easy to perform with a computer. Much harder are the kinds of activities that even a one-year-old human or a rat could do,” Roitblat writes in Algorithms Are Not Enough.

This is called Moravec’s paradox, named after the scientist Hans Moravec, who stated that, in contrast to humans, computers can perform high-level reasoning tasks with very little effort but struggle at simple skills that humans and animals acquire naturally.

“Human brains have evolved mechanisms over millions of years that let us perform basic sensorimotor functions. We catch balls, we recognize faces, we judge distance, all seemingly without effort,” Roitblat writes. “On the other hand, intellectual activities are a very recent development. We can perform these tasks with much effort and often a lot of training, but we should be suspicious if we think that these capacities are what makes intelligence, rather than that intelligence makes those capacities possible.”

So, despite its remarkable reasoning capabilities, symbolic AI is strictly tied to representations provided by humans.

Machine learning provides a different approach to AI. Instead of writing explicit rules, engineers “train” machine learning models through examples. “[Machine learning] systems could not only do what they had been specifically programmed to do but they could extend their capabilities to previously unseen events, at least those within a certain range,” Roitblat writes in Algorithms Are Not Enough.

The most popular form of machine learning is supervised learning, in which a model is trained on a set of input data (e.g., humidity and temperature) and expected outcomes (e.g., probability of rain). The machine learning model uses this information to tune a set of parameters that map the inputs to outputs. When presented with previously unseen input, a well-trained machine learning model can predict the outcome with remarkable accuracy. There’s no need for explicit if-then rules.

Therefore, while supervised machine learning is not tightly bound to rules like symbolic AI, it still requires strict representations created by human intelligence. Human operators must define a specific problem, curate a training dataset, and label the outcomes before they can create a machine learning model. Only when the problem has been strictly represented in its own way can the model start tuning its parameters.

One branch of machine learning that has risen in popularity in the past decade is deep learning, which is often compared to the human brain. At the heart of deep learning is the deep neural network, which stacks layers upon layers of simple computational units to create machine learning models that can perform very complicated tasks such as classifying images or transcribing audio. 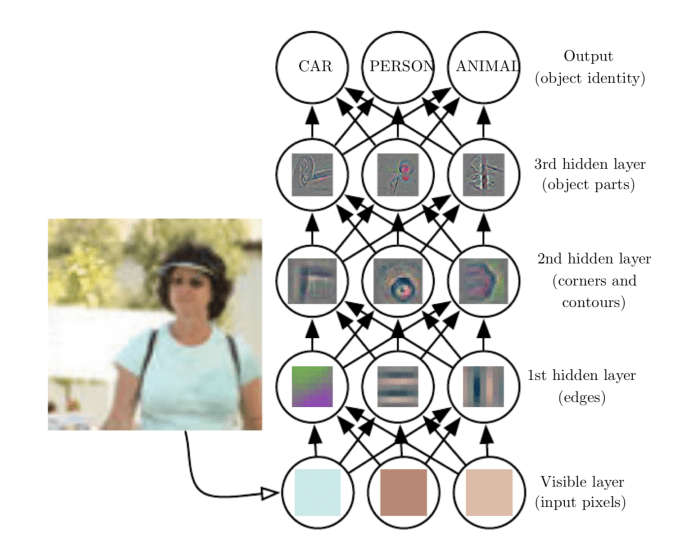 Above: Deep learning models can perform complicated tasks such as classifying images.

But again, deep learning is largely dependent on architecture and representation. Most deep learning models needs labeled data, and there is no universal neural network architecture that can solve every possible problem. A machine learning engineer must first define the problem they want to solve, curate a large training dataset, and then figure out the deep learning architecture that can solve that problem. During training, the deep learning model will tune millions of parameters to map inputs to outputs. But it still needs machine learning engineers to decide the number and type of layers, learning rate, optimization function, loss function, and other unlearnable aspects of the neural network.

Other branches of machine learning follow the same rule. Unsupervised learning, for example, does not require labeled examples. But it still requires a well-defined goal such as anomaly detection in cybersecurity, customer segmentation in marketing, dimensionality reduction, or embedding representations.

Reinforcement learning, another popular branch of machine learning, is very similar to some aspects of human and animal intelligence. The AI agent doesn’t rely on labeled examples for training. Instead, it is given an environment (e.g., a chess or go board) and a set of actions it can perform (e.g., move pieces, place stones). At each step, the agent performs an action and receives feedback from its environment in the form of rewards and penalties. Through trial and error, the reinforcement learning agent finds sequences of actions that yield more rewards.

Computer scientist Richard Sutton describes reinforcement learning as “the first computational theory of intelligence.” In recent years, it has become very popular for solving complicated problems such as mastering computer and board games and developing versatile robotic arms and hands. 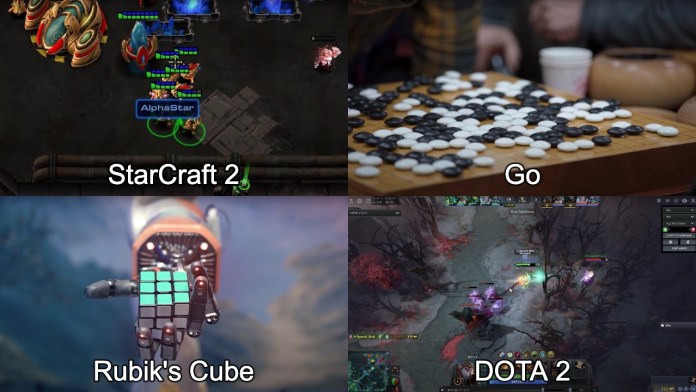 Above: Reinforcement learning can solve complicated problems such as playing board and video games and performing robotic manipulations.

“It is impossible to check, in anything but trivial systems, all possible combinations of all possible actions that can lead to reward,” Roitblat writes. “As with other machine learning situations, heuristics are needed to simplify the problem into something more tractable, even if it cannot be guaranteed to produce the best possible answer.”

Here’s how Roitblat summarizes the shortcomings of current AI systems in Algorithms Are Not Enough: “Current approaches to artificial intelligence work because their designers have figured out how to structure and simplify problems so that existing computers and processes can address them. To have a truly general intelligence, computers will need the capability to define and structure their own problems.”

Is AI research headed in the right direction?

“Every classifier (in fact every machine learning system) can be described in terms of a representation, a method for measuring its success, and a method of updating,” Roitblat told TechTalks over email. “Learning is finding a path (a sequence of updates) through a space of parameter values. At this point, though, we don’t have any method for generating those representations, goals, and optimizations.”

There are various efforts to address the challenges of current AI systems. One popular idea is to continue to scale deep learning. The general reasoning is that bigger neural networks will eventually crack the code of general intelligence. After all, the human brain has more than 100 trillion synapses. The biggest neural network to date, developed by AI researchers at Google, has one trillion parameters. And the evidence shows that adding more layers and parameters to neural networks yields incremental improvements, especially in language models such as GPT-3.

But big neural networks do not address the fundamental problems of general intelligence.

“These language models are significant achievements, but they are not general intelligence,” Roitblat says. “Essentially, they model the sequence of words in a language. They are plagiarists with a layer of abstraction. Give it a prompt and it will create a text that has the statistical properties of the pages it has read, but no relation to anything other than the language. It solves a specific problem, like all current artificial intelligence applications. It is just what it is advertised to be — a language model. That’s not nothing, but it is not general intelligence.”

Other directions of research try to add structural improvements to current AI structures.

For instance, hybrid artificial intelligence brings symbolic AI and neural networks together to combine the reasoning power of the former and the pattern recognition capabilities of the latter. There are already several implementations of hybrid AI, also referred to as “neuro-symbolic systems,” that show hybrid systems require less training data and are more stable at reasoning tasks than pure neural network approaches.

“I think that all of these make for more powerful problem solvers (for path problems), but none of them addresses the question of how these solutions are structured or generated,” Roitblat says. “They all still involve navigating within a pre-structured space. None of them addresses the question of where this space comes from. I think that these are really important ideas, just that they don’t address the specific needs of moving from narrow to general intelligence.”

In Algorithms Are Not Enough, Roitblat provides ideas on what to look for to advance AI systems that can actively seek and solve problems that they have not been designed for. We still have a lot to learn from ourselves and how we apply our intelligence in the world.

“Intelligent people can recognize the existence of a problem, define its nature, and represent it,” Roitblat writes. “They can recognize where knowledge is lacking and work to obtain that knowledge. Although intelligent people benefit from structured instructions, they are also capable of seeking out their own sources of information.”

But observing intelligent behavior is easier than creating it, and, as Roitblat told me in our correspondence, “Humans do not always solve their problems in the way that they say/think that they do.”

As we continue to explore artificial and human intelligence, we will continue to move toward AGI one step at a time.

Ben Dickson is a software engineer and the founder of TechTalks. He writes about technology, business, and politics.