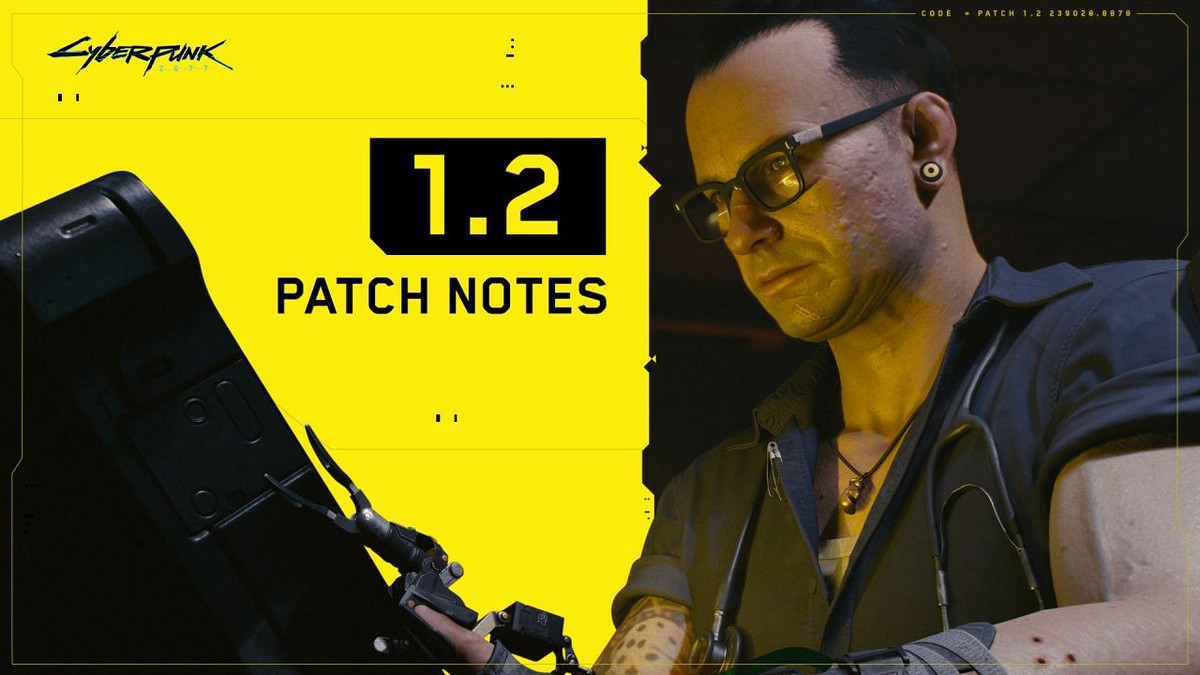 Cyberpunk 2077 Patch 1.2 is finally out for PC and consoles. This is the second major patch that developer CD Projekt Red has released for the game — the first one was released late in January. While the company promised Patch 1.2 will arrive some time in February, a recent cyber-attack delayed its plans. Now, the latest patch is out and fixes a lot of the bugs that were present in Cyberpunk 2077. There are gameplay improvements, quest changes, open world fixes, cinematic design changes, environment and level fixes, and a lot more.

CD Projekt Red shared the changelog for Patch 1.2 on March 29, stating that it was coming soon. Later, it in the same day, it released the patch for PC and consoles. Cyberpunk 2077 on Stadia will be patched later this week. The changelog includes a huge list of changes that have been categorised into gameplay, quest, open world, cinematic design, environment and level, graphics audio animation, UI, stability and performance, and miscellaneous. There are some PC- and console-specific changes as well.

In terms of gameplay fixes for Cyberpunk 2077, the Night City Police Department (NCPD) spawn radius has been increased, a Steering Sensitivity slider has been added, vehicle steering code has been adjusted, and vehicle Rocking/Rotating feature has been added. Zetatech Sandevistan MK. 1 cyberware slows time correctly and Gorilla Arms finishers cannot be performed on civilians. Another fix, that may come as a disappointment to some, prevents players from using slide to avoid fall damage.

There are several quest fixes for Cyberpunk 2077 such as Cyberpsycho Sighting: Bloody Ritual (the quest will now trigger properly), Ghost Town (Panam holocall fixed), Space Oddity (multiple paintings blocking the quest’s progress will not spawn), along with several more.

Some of the open-world fixes include vehicle collisions, blocked achievement when completing district activities, and immersion improvements with fixes for gigs. Some of these gigs include Epistrophy: Rancho Coronado, No Fixers, A Lack of Empathy, On a Tight Leash, and more.

Patch 1.2 for Cyberpunk 2077 brings some PC-specific fixes as well, including Ray Tracing on AMD graphics cards, more keys for binding, unbind dodge, Epic Games Store achievements, missing HUD elements at 8K resolution, and more. For consoles, the latest patch solves issues with dropped items on PlayStation 4, zoom-in issue on PlayStation 4 Pro and Xbox One X has been fixed, black screen when loading a game save while being in a car on Xbox has been fixed, missing water surface shader on PlayStation 4 has been fixed, along with other fixes.

Patch 1.2 on Steam is 24.7GB and the size varies on the platform. It could be larger for some users on PC as well. This is the second major patch for Cyberpunk 2077 and according to the roadmap, there won’t be any more major patches. Free DLCs that were initially planned to release right after the launch will now be released after Patch 1.2.