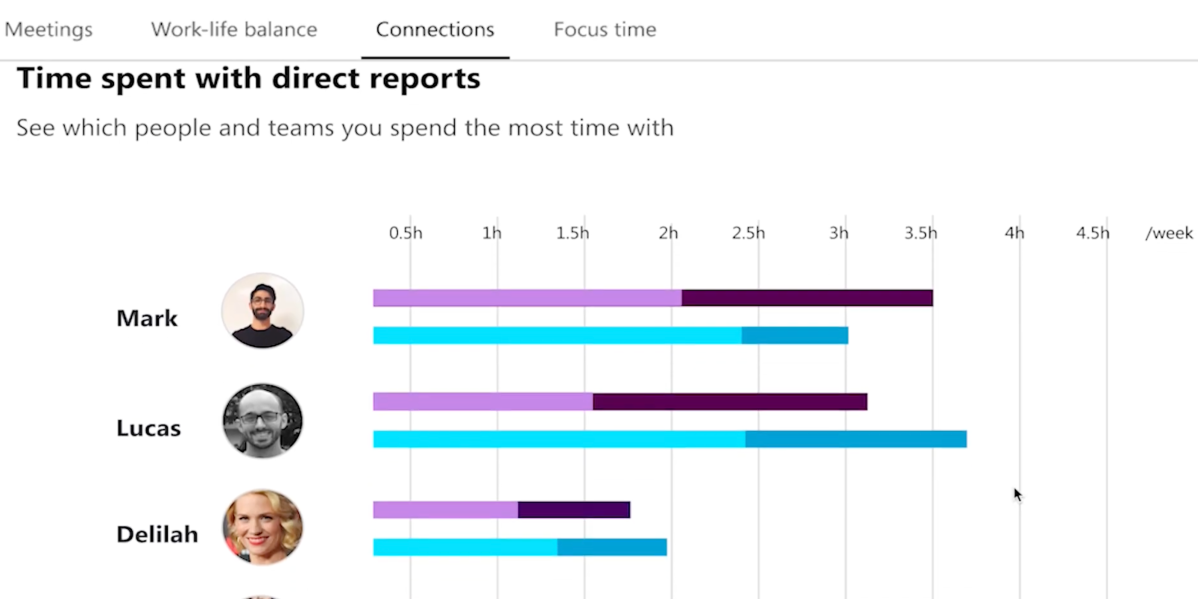 From TikTok to Instagram, how’s your creative working for you?

In digital marketing, there’s no one-size-fits-all. Learn how data can make or break the performance of creative across all platforms.

Starting this summer, Cisco’s Webex will begin to serve up insights for video calls to a select group of users for individuals, teams, and organizations. Examples include engagement insights, like how often you had your video on or showed up on time and the people or teams within an organization that you speak with most often. 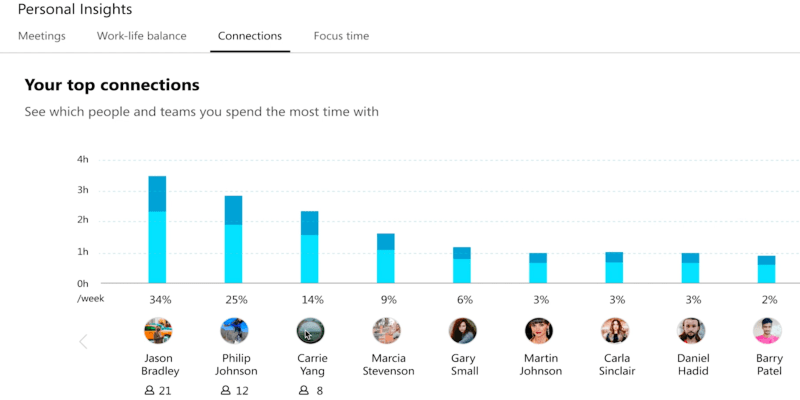 The goal, Cisco VP Jeetu Patel told VentureBeat in a phone interview, is to make video calls better for people living in the hybrid world between in-person meetings in the office and virtual meetings at home. The tricky part, he said, is considering what information is good for an individual to know while not giving people the impression that Webex is, for example, flagging employees who are routinely late to meetings to managers.

“Let’s say you did 12 meetings today and in six of those meetings with four people or less you actually spoke for 90% of the time. That would be a really bad thing to give your boss, but a really good thing for you to have so you can say, ‘Oh, I should probably do a better job listening,’” he said. “The privacy on that front is not at the organizational level. It’s at the individual level, so when we provide insights like that to an individual, the individual owns the data, not the organization, because we don’t believe that without your explicit permission, you’d want to have your boss see that.”

Webex has introduced a series of new features in recent months, some powered by artificial intelligence, to change how people share information in video calls. Toward this end, Jettu said “We’ve probably invested about a billion dollars or so in the past two years in AI.”

Gesture recognition means that people in video calls can now raise their hand or give a thumbs up or thumbs down to ask to speak or register feedback. Another AI-powered feature on the way will crop the faces of people who attend in-person meetings for the person who’s working from home or remotely.

“Even though there are three people sitting in a conference room, we’ll actually break the stream into three separate boxes and show it to you, and our hardware will actually do that,” he said.

Last summer, Cisco acquired BabbleLabs, an AI startup focused on filtering audio so that the sound of someone doing dishes nearby, a lawnmower, or loud background noise can be reduced or eliminated. Earlier this year, Cisco acquired Slido, a startup that makes engagement features for video calls like word clouds or upvoting questions. Doing so can allow a meeting to take the structure of a town hall with transparency around the top questions for employees within an organization since everyone can see the questions that are being posted.

“Engagement should not be measured based on having a judgment on someone saying, ‘I’m judging that you look sad, and therefore I’m going to do certain things … at that point in time in my mind, you could cross a boundary where there’s more bad that can come out of that than good,” he said.

Deciding where to draw the line on which AI-powered features or insights to introduce in video calls can be a challenge with nuance. Earlier this year, Microsoft Research did a study with AffectiveSpotlight on AI for recognizing confusion, engagement, or head nods in meetings. If taken in the aggregate, picking up cues from the audience, particularly in large organizations, could be really helpful. But if affective AI for video calls led to critique of how often a person smiles or shows certain forms of expression, it could be considered invasive, or counterproductive, or biased to certain groups of people.

Video analysis of expression today can have major shortcomings. A group of journalists in Germany recently demonstrated that placing a bookshelf in the background or putting on glasses can change affective AI evaluations of a person in a video.

It shouldn’t matter whether a person is an extrovert or prefer not to talk in group settings as long as they fulfill their job duties. And some people talk a lot but have nothing much say, while others talk less often but deliver sharp insights or sage advice. It just depends on the team, role, and scenario.

“I’d rather you give explicit permission than something you pick up because one, it’s bad if you misread [certain stats]. And two, there’s a fine line between ‘This is super productive’ and ‘We can’t do this because it violates my privacy or it’s just outright creepy,’” Patel said.

Cisco plans to roll out Webex People Insights globally over the span of the next year starting with select users in the U.S. this summer, and announced the news today as part of Cisco Live. In other Cisco Live news, on Tuesday Cisco announced plans to combine networking, security, and IT infrastructure offerings and work with the Duo authentication platform it acquired in 2018.