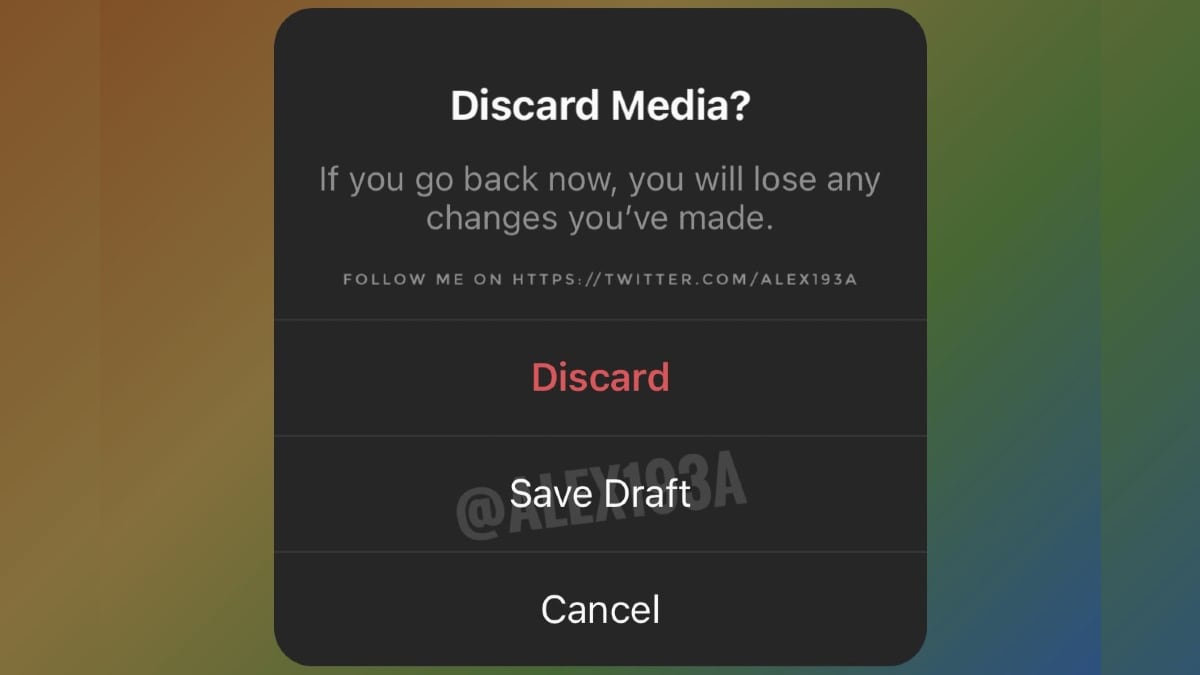 Instagram Stories will soon get a new option to save unfinished stories as drafts. This feature will allow users to come back to their draft stories and complete them later if they wish to do so. While Instagram says that this feature is a work in progress, screenshots of how this feature may look have leaked online. The screenshots suggest that Instagram is working on a new pop-up that will allow users to either save their stories as drafts or discard them and start with a new story.

The social media platform took to Twitter to confirm that it was working on a story draft feature. In its tweet, Instagram said that users will soon be able to use finish their incomplete stories with the story drafts feature, but without promising a rollout date or even a rough timeline. Adam Mosseri, Head of Instagram, also tweeted that story drafts feature is “coming soon”. Mosseri claims that this has been a much-requested feature by Instagram users.

Tipster Alessandro Paluzzi shared screenshots of what this feature could look like, soon after Instagram announced it. The screenshots show that if a user tries to get out in the middle of story creation, Instagram will bring up a dialogue box that gives the user three options. The first option will let users discard the story and start with a fresh one. This will erase all previous edits made to the story and the user will not be able to recover them once they click on Discard. There will be a second option called ‘Save Draft’ that will let users save their story edits in draft. This won’t publish the story but keep it as a draft for the user to be able to come back to it later. The third one is ‘Cancel’ that makes the dialog box disappear and lets users go back to story creation. This button is useful if a user mistakenly presses the back button while working on a story.

Currently, Instagram shows only two options when you press the back button – Discard and Cancel. The new ‘Save Draft’ option, as mentioned, will be added soon.