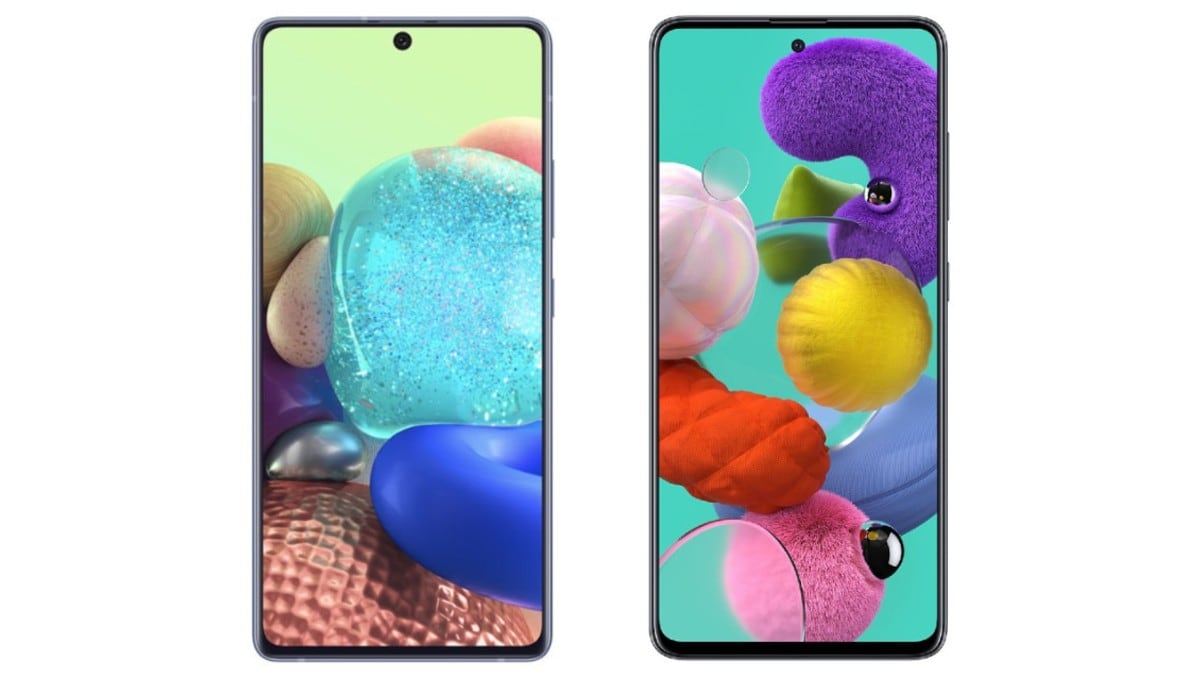 Samsung Galaxy A51 5G and Galaxy A71 5G appear to be the latest smartphones from the company to receive the Android 11-based One UI 3.1 update. The smartphones have started receiving the update in South Korea recently, as per user reports, with other regions expected to follow soon. However, the units on Verizon Wireless in the US received the Android 11-based One UI 3.0 update last month. Also, the Indian units of Galaxy A51 (4G model) received the One UI 3.0 update in February 2021. Both the smartphones are receiving the March 2021 Android security patch alongside.

As per user reports on the Samsung Korea community forum, Samsung has started rolling out the Android 11 based One UI 3.1 update for the Samsung Galaxy A51 5G and Galaxy A71 5G. In another post, a community moderator announced the end of the One UI beta programme for the Samsung Galaxy A51 5G, as the official version was rolling out. We can expect the update to roll out in other regions soon. The update rollout and user reports were first spotted by PuinikaWeb. As reported, the build number for the Galaxy A51 5G is said to be A516NKSU3CUC4 and is said to be A716SKSU3CUC4. The update for both phones will also be bundled with the latest Android security patch. These smartphones, however, have not been launched in India yet, following their global launch with Android 10 in April last year.

The latest update to these Samsung smartphones will bring in new features like a revamped UI, more widgets on the lock screen, background video calling, Private Share among others. Users of these smartphones will receive the update automatically. If for some reason it doesn’t show, you can go to Setting > Software update > Download and install to manually update your smartphones.

Samsung Galaxy A51 5G is powered by an Exynos 980 SoC that is paired with either 6GB or 8GB of RAM along with 128GB of internal storage. It also features a quad rear camera setup with a 48-megapixel primary sensor. It has a 6.5-inch Super AMOLED display and runs off a 4,500mAh battery with 15W fast charging capability.

The other smartphone in question, Samsung Galaxy A71 5G, also has similar specifications to the aforementioned smartphone. The differences lie in the display, the battery, and the camera, where Galaxy A71 features a 6.7-inch Super AMOLED display and a 64-megapixel primary lens for the rear camera. The battery in Galaxy A71 5G is the same size as in Galaxy A51 5G, the only difference being the former supports 25W fast charging and the latter 15W.

In other Samsung Galaxy-related news, Galaxy A70 was another recent smartphone from the company to receive the One UI 3.1 update. The smartphone is powered by the Snapdragon 675 SoC along with 6GB of RAM and 128GB of inbuilt storage. It packs a 4,500mAh battery with 25W fast charging capability and a 6.7-inch full-HD AMOLED display.

Is Samsung Galaxy S21+ the perfect flagship for most Indians? We discussed this on Orbital, our weekly technology podcast, which you can subscribe to via Apple Podcasts, Google Podcasts, or RSS, download the episode, or just hit the play button below.