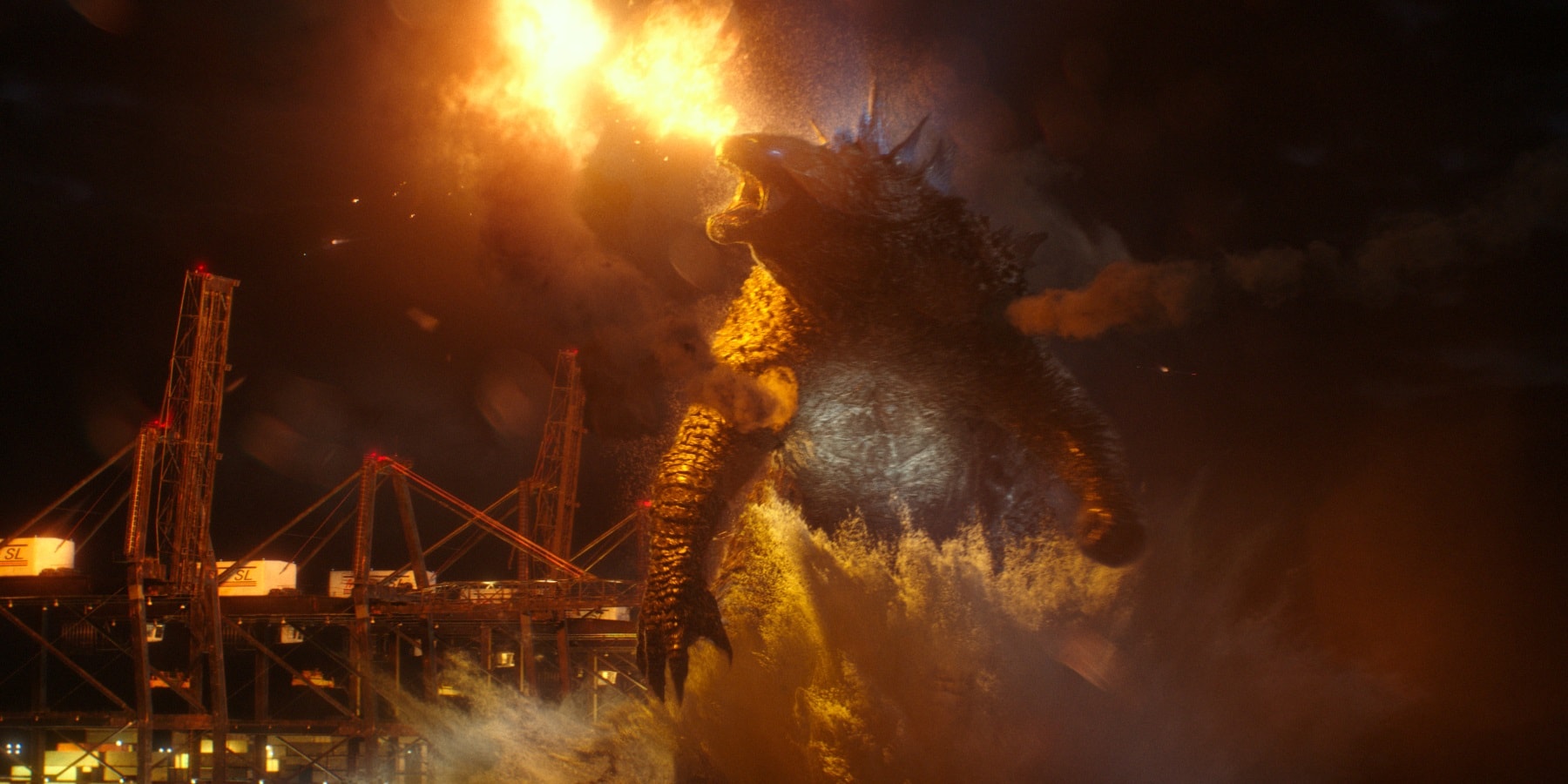 Godzilla vs. Kong — one of the biggest movies of 2021, with an estimated budget that might go up to $200 million (about Rs. 1,447 crores) — is right around the corner. It’s technically a sequel, as it’s part of Legendary Pictures’ so-called MonsterVerse, following 2014’s Godzilla, 2017’s Kong: Skull Island, and 2019’s Godzilla: King of the Monsters. But it doesn’t matter if you haven’t seen the previous movies, because Godzilla vs. Kong is essentially about the two giants butting heads and leaving a swathe of destruction in their wake. That’s what audiences are coming to Godzilla vs. Kong for anyway.

And in the interest of monster action, Godzilla vs. Kong director Adam Wingard (You’re Next) seems set to serve up even more. Keen-eyed fans have discovered that the Godzilla vs. Kong trailers allude to a bigger giant — possibly Mechagodzilla — that has likely been made by a sinister company called the Apex Corporation. The synopsis also says that Godzilla vs. Kong has been “instigated by unseen forces”. With all that in mind, it’s possible that Godzilla and Kong might have to team up if they want to live to see another day.

At the same time, Wingard has teased that Godzilla vs. Kong will have a definite winner — he’s not going to cop out like most films do, including their previous face-off in 1962’s King Kong vs. Godzilla. That has led fans to pick sides and speculate. Legendary Pictures hasn’t played its hand by announcing more sequels either but at this point it’s unclear if the MonsterVerse has a future. After all, Godzilla vs. Kong was the event it wanted to build to — what now? Maybe we’ll have a better idea once we’ve seen it.

For now, here’s everything you need to know about Godzilla vs. Kong, including the trailer, the cast, when to expect reviews, and where and when you can watch in your country.

From Godzilla vs. Kong to Snyder’s Justice League, What to Watch in March

Godzilla vs. Kong release date in USA is Wednesday, March 31. It will be available on HBO Max (for 31 days) and in cinemas. It also releases in Canada on March 31.

Godzilla vs. Kong will arrive Thursday, April 1 in the UK on video-on-demand.

In Japan, the home of Godzilla, the monster movie premieres May 14.

Ticket bookings for Godzilla vs. Kong went live on Saturday in India. The monster movie is available in IMAX 2D, regular 2D, and 4D formats.

Pricing starts at Rs. 100 and goes up to Rs. 800, depending on the format, theatre location, the day, and time of day you pick. Tickets are live on BookMyShow, Paytm, PVR, INOX, Cinépolis, Carnival Cinemas, and all other participating theatres.

With COVID cases on the rise, we advise you to check local restrictions and take proper precautions before booking tickets for Godzilla vs. Kong.

Cinemas Are Back With COVID Precautions but Should You Go?

Legends collide in Godzilla vs. Kong as these mythic adversaries meet in a spectacular battle for the ages, with the fate of the world hanging in the balance. Kong and his protectors undertake a perilous journey to find his true home, and with them is Jia, a young, orphaned girl with whom he has formed a unique and powerful bond. But they unexpectedly find themselves in the path of an enraged Godzilla, cutting a swath of destruction across the globe. The epic clash between the two titans — instigated by unseen forces — is only the beginning of the mystery that lies deep within the core of the Earth.

That leaves Zhang Ziyi who will reprise her twin roles of Dr. Ilene Chen and Dr. Ling, mythologists working for Monarch, the secretive organisation that has been studying “Titans” such as Godzilla and Kong. Van Marten returns as Chen’s unnamed assistant.

Among new additions, we have Alexander Skarsgård (The Legend of Tarzan) as Dr. Nathan Lind, a geologist who also works for Monarch.

Rebecca Hall (Christine) plays Dr. Ilene Andrews, whom we know little about except that she is Jia’s adoptive mother. Jia, played by deaf newcomer Kaylee Hottle, is the young girl from the trailer whom Kong shares a bond with.

Shun Oguri makes his Hollywood debut as Ren Serizawa, the son of late Monarch scientist Ishirō Serizawa (Ken Watanabe) who appeared in both Godzilla and Godzilla: King of the Monsters. Ren is an Apex scientist and tech engineer who wants to “protect Earth”.

Demián Bichir (A Better Life) is Walter Simmons, the founder and CEO of Apex that wants to solve the “Titan problem” that plagues Earth.

Warner Bros. has not made the movie available to critics in India. Hence, there will be no reviews prior to release date.

Weirdly, the US review embargo is reportedly set for March 29 — days after the movie opens in several markets. 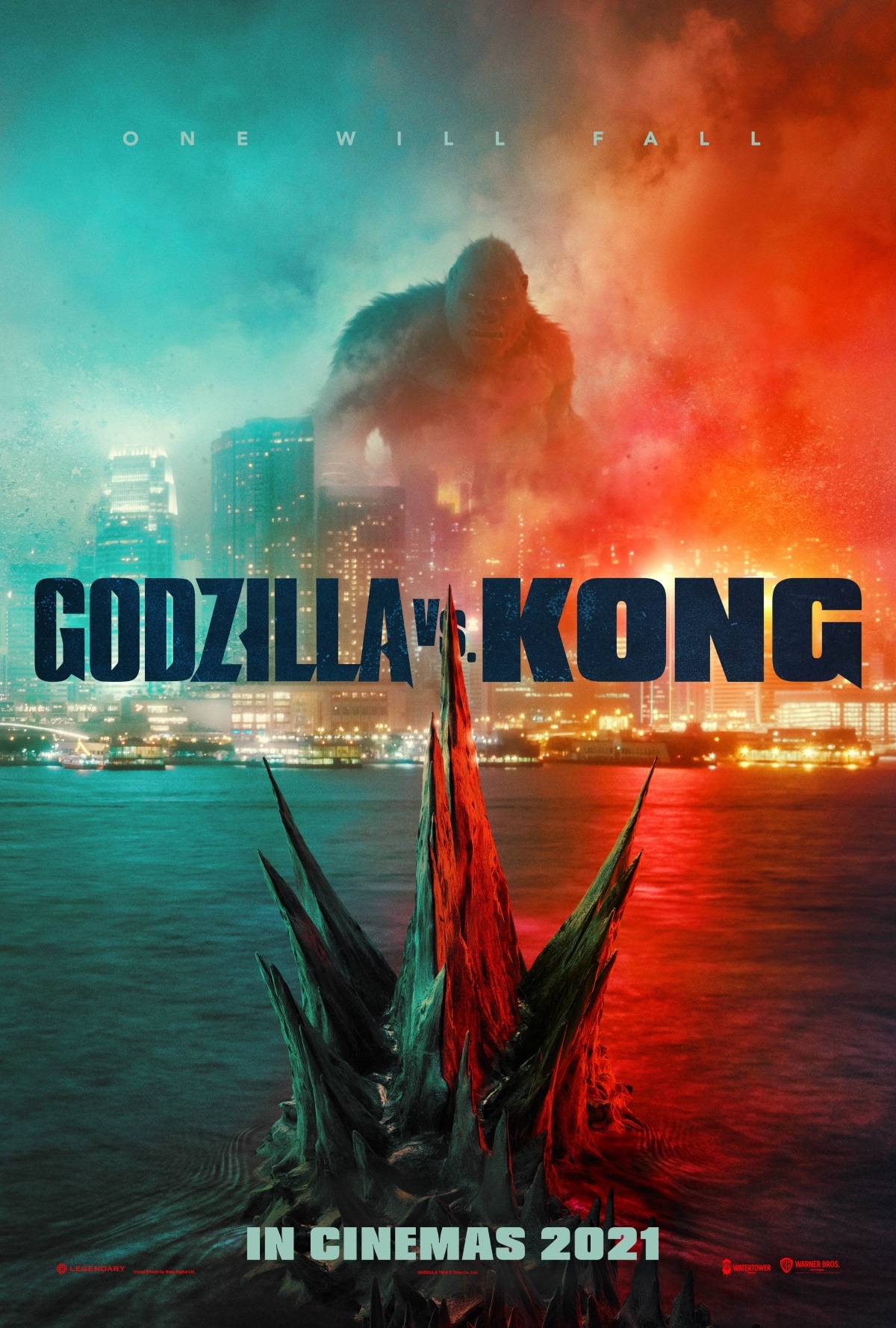