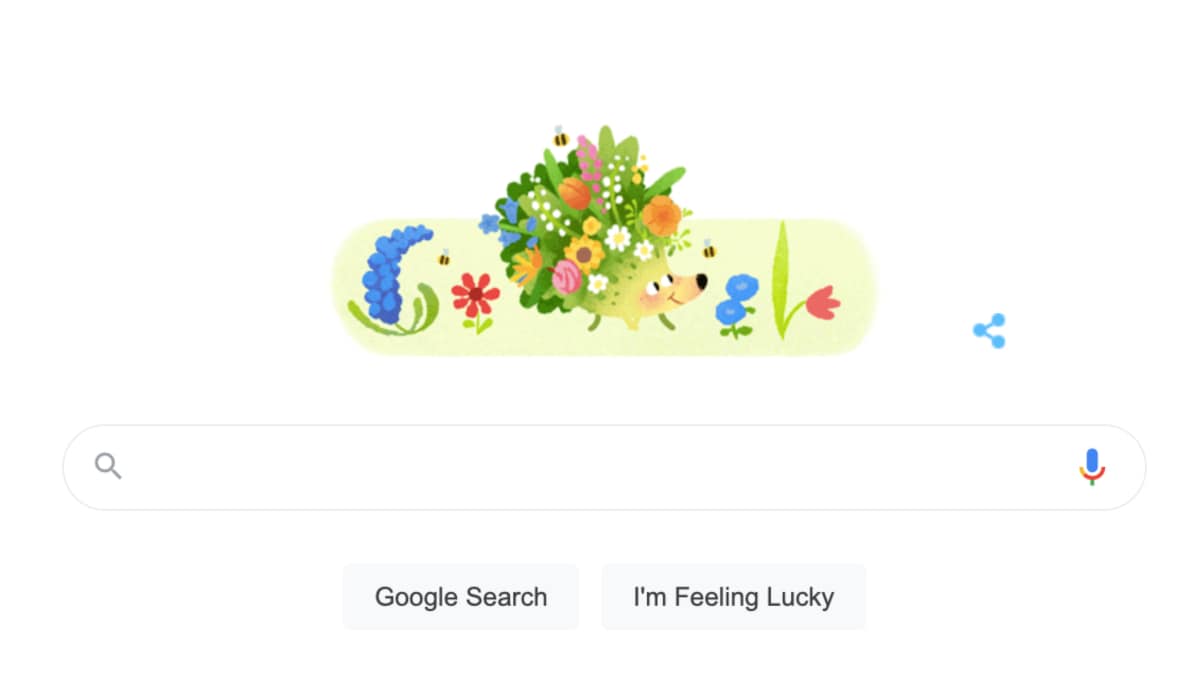 Spring season of the year is being welcomed by Google with a colourful doodle that features an animated hedgehog along with fresh flowers and leaves. In 2021, the spring season in the northern hemisphere begins from March 20 and ends on June 21. Succeeding winter and preceding summer, spring is when the Earth’s flora blossom and flourish – as marked in the cute, animated doodle. In hilly areas, the spring season is also marked as the time when snow starts to melt and ground temperature increases.

Welcoming the first day of the spring season 2021, known as Spring Equinox, Google on Saturday featured the animated doodle on its homepage. The doodle shows a hedgehog depicting the flourishing season.

Unlike the traditional sharp spines on it back, the animated hedgehog featured on the Google doodle carries vibrant flowers, buds, and leaves to represent blossoming spring.

Once clicked on the Google doodle, users see the results for the term “spring season” from various webpages.

According to meteorologists, temperature becomes moderate during the spring season as it’s the time when Earth’s axis increases its tilt relative to the Sun that results in a rise in the length of daylight on the planet. It is also referred to as rebirth and rejuvenation.

Spring Equinox comes at a time when the sun moves from the southern to the northern hemisphere while passing the equator. During Spring Equinox, day and night have roughly the same length.

Earlier, Google ushered in 2021 with a special doodle to mark the New Year’s Eve. It featured an animated cuckoo clock that ticked away the time until the clock struck midnight to end 2020. The search giant described the New Year’s Eve doodle as, “It’s been a cuckoo year, but 2020’s clock is ticking. The countdown begins now, and when the clock strikes midnight a new year will spread its wings.”

Vivo Y02 Design Renders Revealed; Launch Date, Specifications Tipped: Report
Assassin’s Creed Valhalla Won’t Be Getting a New Game+ Feature, Ubisoft Confirms
WhatsApp Polls Feature Rolls Out to Users on Android, iOS: How to Use It
Asus ROG Phone 6, ROG Phone 6 Pro Review: Plenty of Power, but Is It Too Late?
Apple and Elon Musk’s Twitter are on a collision course