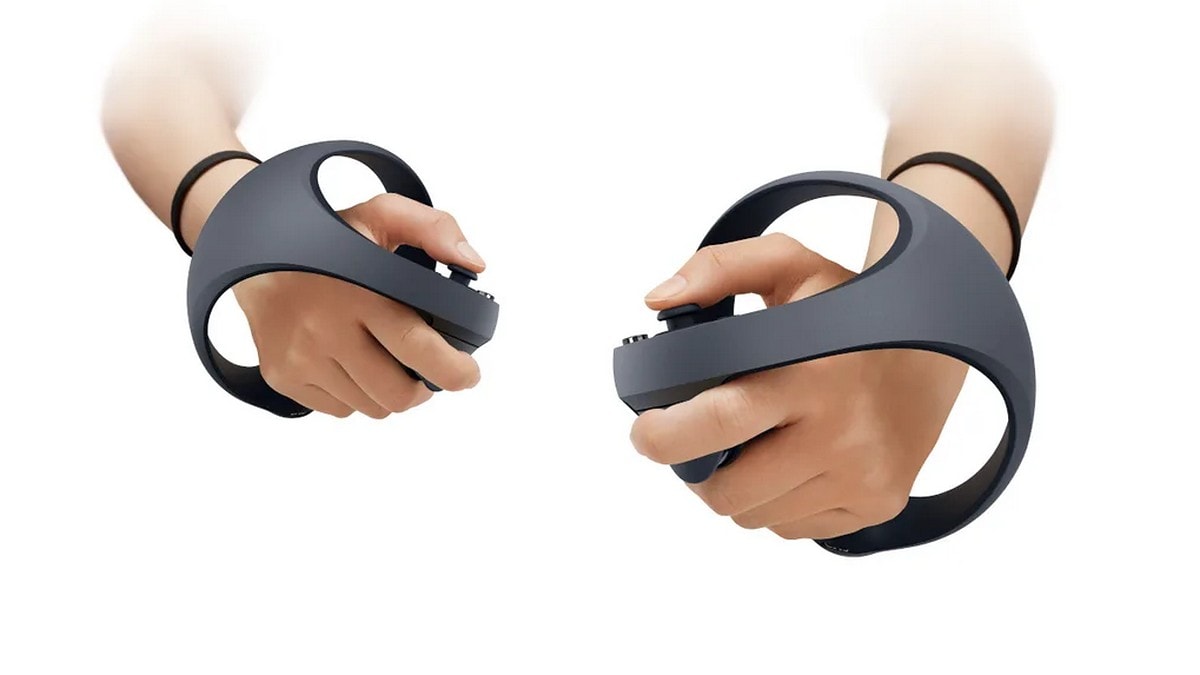 Sony has unveiled new VR controllers that will be a part of its next-generation virtual reality system for PlayStation 5. The controllers have an “orb” shaped design and look quite different from the current PlayStation Move motion controllers. The new VR controllers look like an exaggerated version of the Facebook’s Oculus Quest 2 controllers, with a small joystick and a trigger button near the thumbs. In its blog post, Sony also describes some of the features of these new controllers will bring, such as finger touch detection, tracking, haptic feedback, adaptive triggers, and more.

Sony first teased that it is working on a next-generation VR headset for the PlayStation 5 last month and has now unveiled the controllers that go along with it. A Sony blogpost shows two black controllers (left and right) with what the company calls an “orb” shape. Sony says there are no constraints with this design and will allow developers to create unique gameplay experiences. The company also shared that prototypes of these new VR controllers will be given to the development community soon.

The next-generation VR controllers from Sony have some interesting features built in, such as adaptive triggers, haptic feedback, finger touch detection, and tracking. Both the left and right controllers have one trigger button each that come with palpable tension, similar to the new DualSense controllers for the PS5. Sony says that the haptic feedback has been optimised for the controllers’ form factor. The areas of the controller where you would place your thumb, index, or middle fingers have touch detection built in which, as per the company, “enables you to make more natural gestures with your hands during gameplay”.

There is a tracking ring at the bottom of the VR controller that lets the VR headset efficiently track movements. There are five buttons and one analogue stick on each controller. The triangle, square, and Create buttons are present on the left controller along with a grip button and the trigger. The right controller bears the cross, circle, and Options buttons, along with the grip and trigger buttons.

As of now, there is no release date for the next-gen VR headset for the PS5.