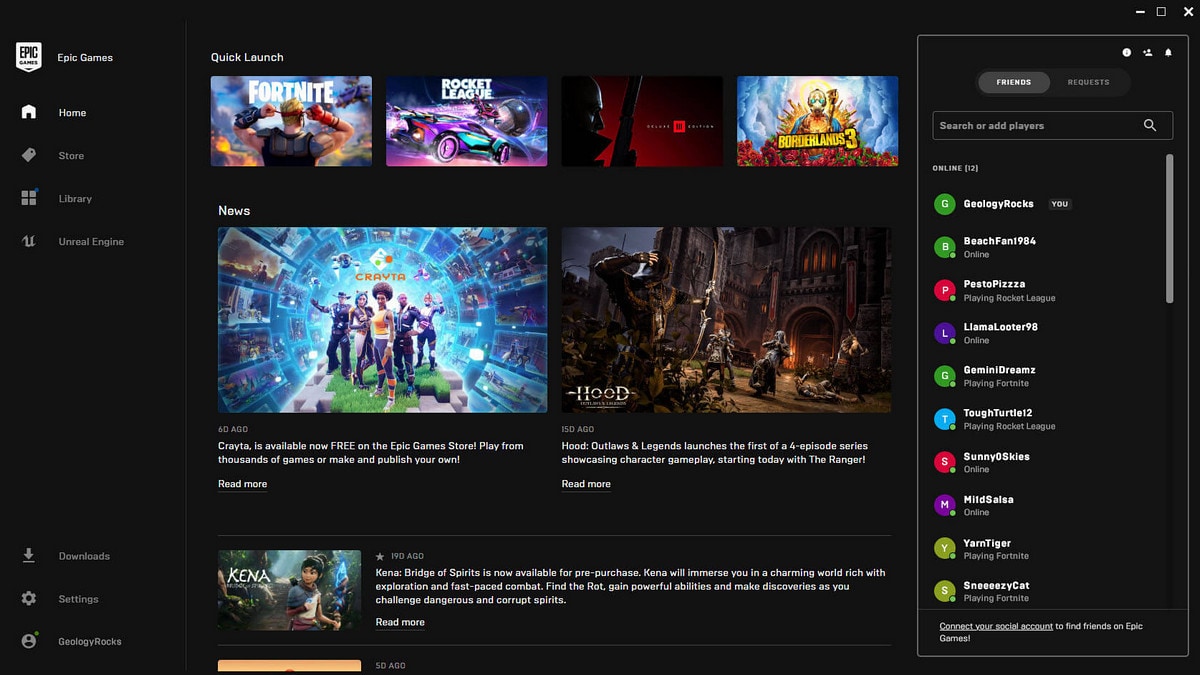 Epic Games has shared an early look at party system it is adding its gaming store. The company unveiled a new upcoming party system which “enables players to group together and communicate via voice, text, and more,” through a post on its site. The feature will come with a revamped UI for the friends section and new options for chats. Additionally, Epic Games also shared that it will be improving existing features like wishlists, add achievements, and more.

Epic Games shared an overview of what the company is working on and the features it will be adding to the Epic Games Store. Explaining the vision for the future, Epic Games shared an early look at the party system that will be coming to the store. The party system will allow users to interact through text messages as well as through voice chat. All teammates in a party will have shared controls and an individual can drop in or drop out at any point. The post also states users do not necessarily need to be in-game to use these modes of communication.

There will be an ‘Active Party Window’ that will allow players to share their highlights of a game, start a match with select friends in the party, and will come with options to help users communicate with their friends. There will not be a party leader per say and people in a party will continue communicating even if someone drops off. There will be independent options for each member of the party to control their own audio and video options. Additionally, when in-game, party members will be able to toggle a simplified view of the party window.

In terms of future plans, Epic Games is revamping its Social Panel to improve functionality and some of the features will be available from this month. These features include Player Cards – will allow users to take important actions and manage their friendships and mutual friends. An improved search tool will be added to the Epic Games Store Social Panel that will allow users to search across platforms. The Social Panel can also be minimised and it will show game invites and friend requests.

Lastly, there will be a ‘Do Not Disturb’ button that will make sure you’re not notified of game invites or friend requests while playing. Epic Games will share more updates soon.

Epic Games’ competitor Steam has had a lot of these social features for a long time so it’s good to see them coming to more platforms now.