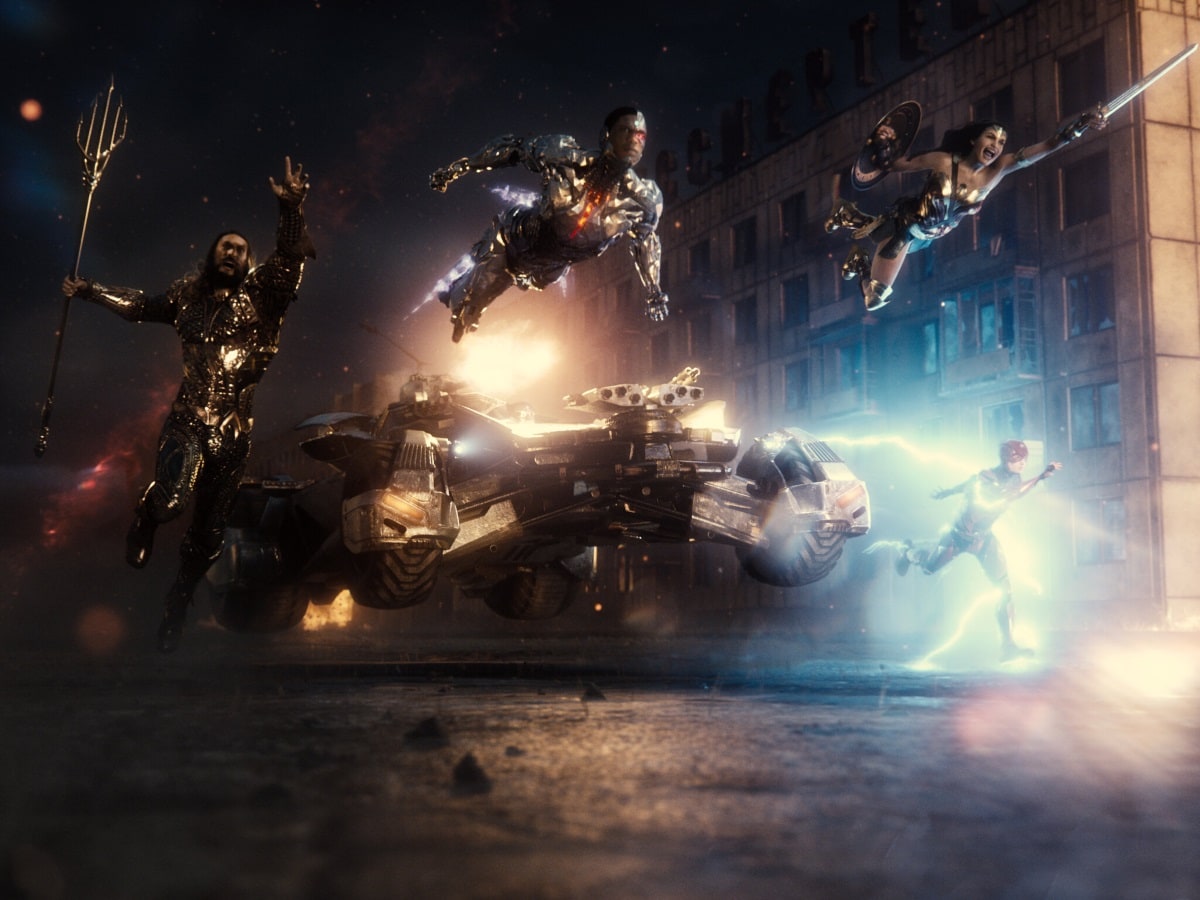 Justice League Snyder Cut needs to — let’s face it — clear a very, very low bar. The original Justice League released in late 2017 in cinemas and it was a disaster for various reasons. It had a torturous production, with Warner Bros. shepherding the DC movie like a hawk, owing to negative fan reception for director Zack Snyder’s previous epic and its direct predecessor, Batman v Superman: Dawn of Justice. And owing to studio demands (WB deemed Justice League had to be under two hours) and a death in the family, Snyder chose to depart deep into production, having lost the will to fight. The Avengers writer-director Joss Whedon, who had been brought on to do rewrites, then took over the film and spearheaded extensive and expensive reshoots — the final budget stood at $300 million (about Rs. 2,182 crores) — that would align it to studio wishes.

But Whedon failed to deliver. Justice League was a mess tonally, structurally, and narratively — virtually on every crucial front you can think of. Warner Bros. itself was to largely blame for the debacle. There was simply no way for any filmmaker to cram all of it — to introduce three new superheroes and expand on the ones we’ve known, follow a world-ending plot involving a hideous-looking big bad, and infuse humour into a grimdark tale of demigods and immortal beings — in 120 minutes. Justice League, essentially, was trying to do Iron Man, The Incredible Hulk, Thor, Captain America: The First Avenger, and The Avengers all in one movie. That sounds impossible and stupid on paper — and that’s exactly what it was. No wonder Justice League failed both critically and commercially.

Now over three years later, thanks to a dedicated #ReleaseTheSnyderCut fan campaign, and a little-known HBO Max streaming service hungry for eyeballs, Snyder gets to present his original vision for the DC epic. As a result, Zack Snyder’s Justice League — as it’s officially called — is nearly four hours long (3 hours and 53 minutes, to be precise, without the credits). To call it overlong might be an understatement. It’s so long that some characters aren’t introduced until after the first hour, while others don’t show up until we pass the two-hour mark. It’s so long that the film’s epilogue takes half an hour, featuring multiple “endings” that seem to suggest Snyder put everything he had up on the wall. Justice League Snyder Cut is definitely indulgent. But Snyder knows that he has full creative freedom now, so he’s made exactly what he wanted with no inhibitions.

Everything You Need to Know About Justice League Snyder Cut

And that is why Snyder doesn’t bother excising parts that are entirely unnecessary now. Justice League Snyder Cut “introduces” us to Arthur Curry/ Aquaman (Jason Momoa) and Atlantis as if we’ve never known them before. That was true when Snyder was originally making Justice League, but we’ve since gotten an Aquaman movie. An action sequence merely exists to showcase Diana Prince/ Wonder Woman’s (Gal Gadot) capabilities. Justice League Snyder Cut requires you to put yourself in a frame of mind from four years ago. Parts of it will only work if you can set aside everything that has happened in the DC Extended Universe since. For everyone else, there are a lot of extra bits that could have been done away with. The trouble is that these scenes don’t add something new to the characters we already know and love. Instead, they are re-treading ground we’ve covered.

That said, Justice League Snyder Cut’s four-hour runtime benefits Victor Stone/ Cyborg (Ray Fisher) the most. Cyborg was among the new heroes that Justice League had to introduce — but his origin story and family relationships were unfortunately squeezed to a breaking point. Here, we get to properly understand his troubles with his father Silas Stone (Joe Morton), and the psychological pain of being revived as a cyborg after a near-death experience. There’s an extended intro to Barry Allen/ The Flash (Ezra Miller), which functions much better than the aforementioned Wonder Woman scene because we haven’t gotten his solo movie yet — The Flash is currently due in November 2022. It also brings back his future love interest Iris West (Kiersey Clemons) who had been excised from Justice League due to runtime constraints.

And because it runs for four hours, Justice League Snyder Cut can afford to take its time with these moments. The slow pace is baked in from the beginning — the movie itself isn’t slow though, as it has a lot to show and tell — and it helps right off the bat. Scenes feel lived in and are organically built, and don’t come across as pitstops on a race to the finish line. The extra time allows us to learn a bit more about the antagonist and chief villain Steppenwolf (voiced by Ciarán Hinds) and why he’s on a mad dash to gather the three all-powerful MacGuffins (called Mother Boxes) that would give him total control over all life on Earth. Steppenwolf’s CGI-ed design has been vastly improved — his armour is made up of curved steel-coloured spikes jutting out, with purples hues running all across. The armour also makes him look like he has a dual-sided tail, which I found hilarious.

From Godzilla vs. Kong to Zack Snyder’s Justice League, What to Watch in March 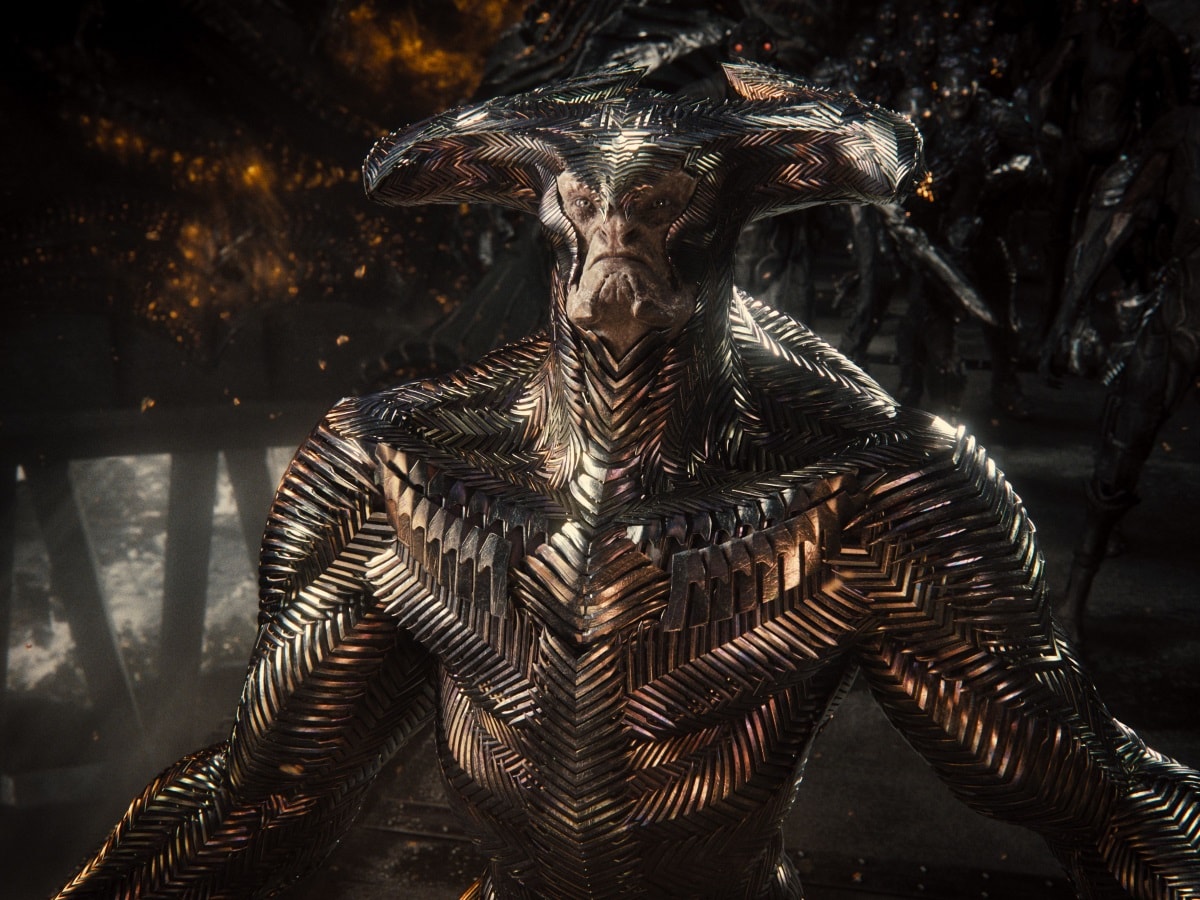 But Justice League Snyder Cut also loses some interesting bits. On Justice League, Whedon wrote in scenes that dealt with how Wonder Woman had been shirking responsibility, for the past century more or less. She didn’t want to be a leader, she told Bruce Wayne/ Batman (Ben Affleck), over fears of getting people killed, giving us insight into a character’s mind. But this is not present anywhere on Justice League Snyder Cut, because Snyder — working off the original script by Chris Terrio (Argo) — has been adamant about the fact that he won’t be using any of Whedon’s material. (Snyder doesn’t train a critical eye on his own failings though, with the skimpily-dressed Amazons retained.) Wonder Woman is an active participant in Justice League Snyder Cut’s plot, but she doesn’t have any journey of her own — just a bunch of majestic stunt sequences. It’s a wasted opportunity since this is a chapter of her life that comes after both her standalone movies, including the recent Wonder Woman 1984.

Speaking of action, Justice League Snyder Cut is at its most thrilling in what is roughly a 40-minute chapter dubbed Part 6, “Something Darker”. The movie is split into six chapters, complete with title cards. Justice League was so heavily rushed throughout that it lost you in its CGI-ed mess when it arrived upon its equally rushed conclusion. But here, because there’s no shortage of time, even the big final battle can take its time. Yes, it takes a long while to get us there — nearly three hours, which is admittedly a lot — but it’s thoroughly enjoyable. It gives every hero a showcase of their own. And Snyder gets to showcase how good he is at stylising action scenes. It doesn’t feel any less epic even though it’s technically constricted within a near-square aspect ratio. Yes, that means black bars on the side, all the more reason to not watch this on a phone or laptop.

But the rest of the action in Justice League Snyder Cut fails to live up to that standard. The sequences lack suspense or intrigue. They involve too much super slow motion. Snyder also makes use of too much VFX — he’s unwilling to film even a simple outdoor scene like Amazons riding horses across a grassland. And multiple scenes are used just to deliver exposition. There’s an extended flashback sequence in Justice League Snyder Cut that exists on a scale bigger than Avengers: Endgame. But forget being a moment earned or packing emotional impact, its only purpose is exposition. Wonder Woman explains what her lasso does, which is unnecessary in itself, and more so given we’ve seen her use it in two full movies already. Exposition is a constant problem for Justice League Snyder Cut, from villains talking to the audience to mumbo-jumbo for a sequel that will probably never happen. 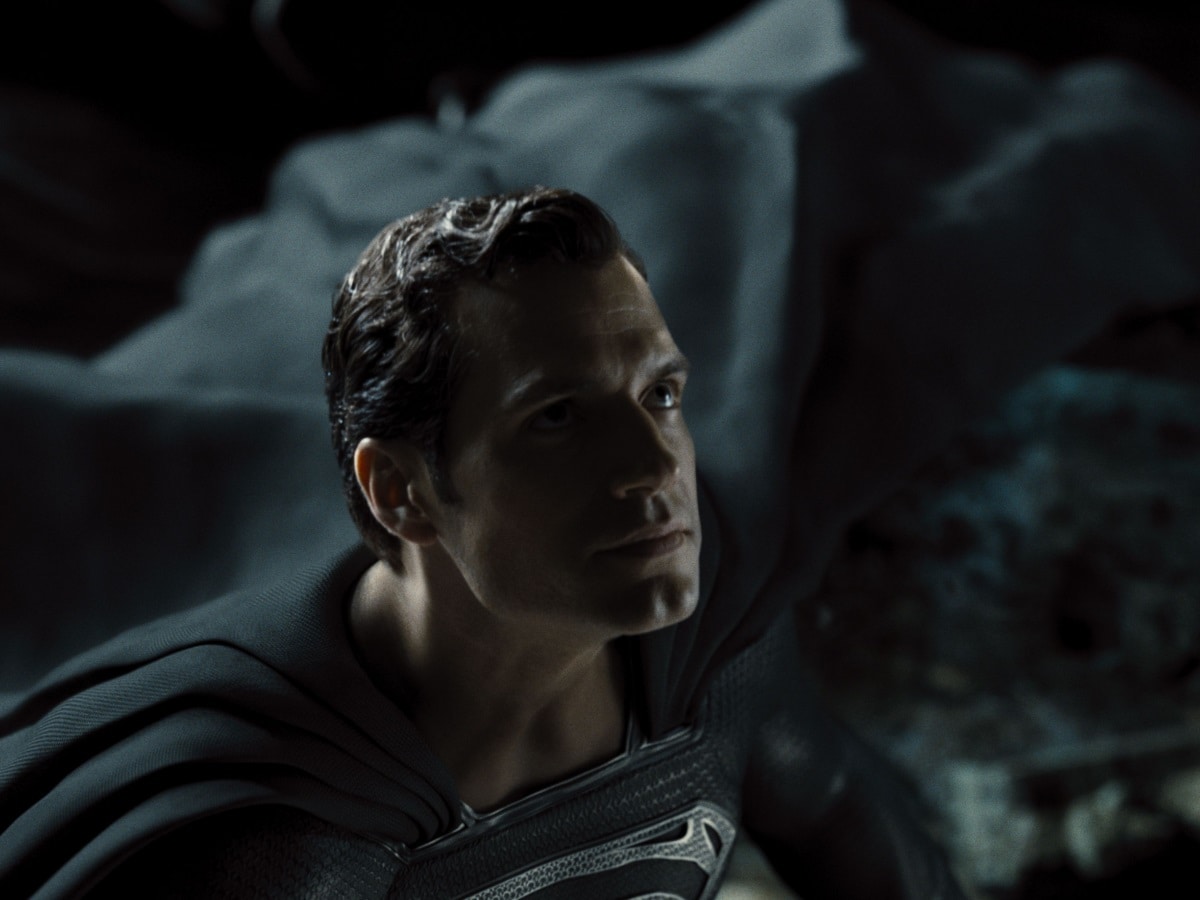 There is a lot of plot here, after all — and narratively, Justice League Snyder Cut can be plodding and feel overstretched. And structurally, it’s still the same movie as Justice League, which means it hits most of those same big beats that are far from anything special. Hence at times, watching Justice League Snyder Cut is like watching a longer version of a movie you’ve already seen. It’s now more manageable and easier to follow, thanks to its division into six chapters, which are a bit like episodes essentially. There’s the catch-up episode, the Aquaman, Flash, and Cyborg episode, the Superman  (Clark Kent) resurrection episode, and the big battle episode. And that hits at the core of the problem for Justice League, be it the original or Snyder Cut. It’s packing in a lot more than it ought to. Justice League Snyder Cut is an overambitious strange beast of a movie, designed for a select audience.

It’s also the biggest proof yet of Snyder’s dedication. Snyder loves DC superheroes — he has always seen them as these mighty mythological tales of god-like beings cursed with powers, yearning to be human. It’s why humour tends to be very rare, as is the case on Justice League Snyder Cut. As Warner Bros. sought to pitch up a rival world that would go toe-to-toe with the Marvel Cinematic Universe, it was Snyder who envisioned the early days of the DCEU that were to include a Justice League trilogy. It was Snyder who picked Gadot to be Wonder Woman and believed Momoa could be Aquaman. But Snyder is not a great architect, as we’ve learned. Justice League Snyder Cut exists because of Netflix in a way. HBO Max needs subscribers, and its parent company WarnerMedia has latched onto a populist symbol hoping to generate some good faith out of it.

But it’s highly unlikely that this will lead to more Justice League movies, as Snyder himself has admitted, calling it “very hypothetical” and something “that you’ll never see”. Since the failure of Justice League, Warner Bros. has abandoned its hopes and dreams for a cohesive DC film universe. It’s now letting filmmakers tell individualised stories, from Joaquin Phoenix-led Joker, to Robert Pattinson in upcoming The Batman. In some ways, especially creatively, that’s beneficial. But Marvel’s financial success has eluded DC. Had Warner Bros., instead of poking its nose and making unreasonable demands the first time around, paired Snyder with a long-term visionary then Zack Snyder’s Justice League might not have ended up a giant one-off experiment, but contributed to Zack Snyder’s DCEU.