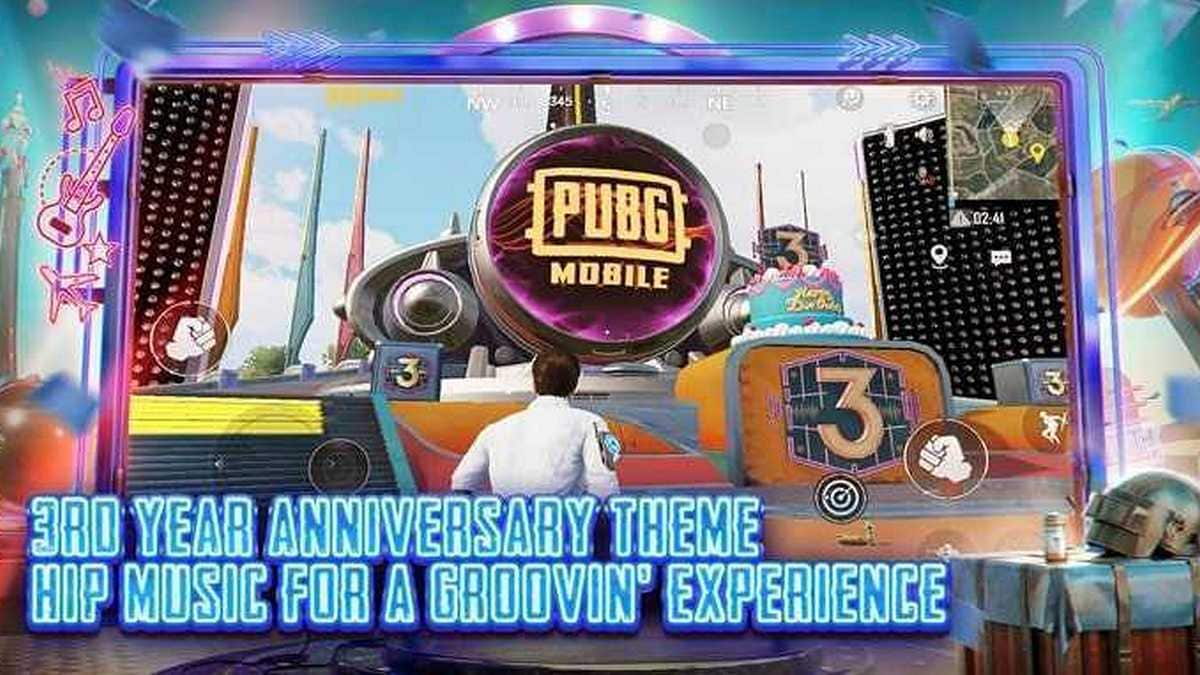 PUBG Mobile patch 1.3 has been released and it brings a new festival mode to celebrate the game’s anniversary. The new mode is called Hundred Rhythms and will be set in the Erangel map. The players will be able to attend a music festival with a Music Armband that comes with three unique skills. Patch 1.3 also brings a new weapon to PUBG Mobile, along with several performance improvements. PUBG Mobile Royale Pass Season 18, dubbed Hundred Rhythms, will kick off on March 17.

The official patch notes for PUBG Mobile say that Android and iOS players started receiving the update on March 9 and the update is 640MB in size for Android users and 1.55GB for iOS users. The PUBG team says that servers will not be taken offline for the update.

PUBG Mobile gets a new Hundred Rhythms mode that can be played only in Erangel. Players will get an armband that will allow them to choose one of three skills on the spawn island. The skills include Guardian Armband, Recon Armband, and Camouflage Armband. These can be upgraded by collecting cassettes in the map. These armbands come with one active skill and two passive skills each. The Guardian Armband can create a barrier that reduces damage taken from bullets. The Recon Armband allows a player to throw a scanning device that scans and marks enemies. The Camouflage Armband allows players to change their attire to a Ghillie suit for a limited time, concealing the weapons and the backpack.

There will be three electronic music squares, one on spawn island and two on Erangel, where players can listen to dance music. The update for PUBG Mobile also brings a Clown Shop Vehicle that lets players exchange Clown Tokens to combat supplies as well as special items. The Clowns’ Tricks feature will be added from March 31.

The latest chapter in PUBG Mobile, Metro Royale: Uncover will be available from March 9. There will be new rewards, elite enemies can randomly spawn on the map, bot enemies have been made smarter, the Tikhar Rifle has been removed, and there are some weapon balancing adjustments as well. Post the update, players will be able to play power Armor Mode every Friday to Sunday. A new sniper rifle called Mosin-Nagant has been added to the game as well as a new vehicle called Motor Glider.

Royale Pass Season 18 of PUBG Mobile will start from March 17, and will bring double rank rewards and “some special guests will also make an appearance” according to the official changelog. There is a Violin Music Set and a Kar98K skin for players who reach rank 100.

PUBG Mobile patch 1.3 also brings performance improvements, security improvements, and system improvements. MSAA and HDR issues on iOS 14.3 have been fixed, machine learning algorithms have been added to filter suspicious player behaviour, and graphics rendering has been improved among other changes.

PUBG Mobile is still banned in India but publisher Krafton seems to be in touch with the Indian government to bring it back. A new version of the game, PUBG: New State, was also announced recently, but it has not been made available for pre-registration in India, as the publisher said it is focusing on PUBG Mobile India first.